After our world tour of Drupal Camps took a lift-off in Africa, it continued its journey in Asia. We concluded that Drupal activities in Africa are poorly represented and on the other hand predicted that Drupal Camps are more spread across the world’s largest continent. We also expected not to find the most of Drupal activities gathered in one country, like it was the case in South Africa. We were quite right.

Before we take a look at the most important Drupal Camps in Asia, we should explain that at the beginning of this year, everything was under the shade of DrupalCon. It was organized from 18-21th of February for the first time in Mumbai. It captured all of Asia's attention, so organizing Drupal Camps around that period of time would be a waste of energy, time and money. Sorry, but the facts sometimes hurt. Nevertheless, the attention from the colourful city of Mumbai eventually, after a long period of time, switched to other places, like Drupal Camp Vietnam, which was organized for the first time in Hanoi in March.

Besides Vietnam, Drupal Camp Shanghai was also organized in March. But that was not the only event in China, beuause DrupalCamp Chongqing was only a month later. On the other hand Drupal Camp Manila was even more further to the spring. It was scheduled on 7th and 8th of May with Eduardo Garcia as a keynote speaker. There were many sessions, but every hour three of them were running parallel, so Drupalistas couldn't be on all of them.

Drupal Camps to look forward to

Today, all the heads in Asia should be turned to Delhi, where Drupal Camp Delhi will take place at the end of the week, precisely from 12-13th of November. This event is one of the largest in Asia and it brings together thousands of students, developers, executives, business users … to develop, design, and support a Drupal platform. It will be held at Jaypee Institute of Information Technology with speakers like Swastik Pareek, Abhishek Anand, Hussain Abbas and many more, who attract visitors far beyond North India every year.

The only possible downside of this Drupal Camp, which can massively influence its attendance, is recent news about pollution in Delhi. The situation is so bad that the Indian government had to shut down schools for three days. Moreover, the pollution was so bad that the air quality index ran out of numbers to measure it. You can read more about this emergency situation here.

On the bright side, there is another Drupal Camp coming to you soon. It's Drupalcamp Cebu, a single day event, which will open its doors on 19th of November on Cebu, Philippines. It's organized for the third time. There, you will be able to learn about business, front-end, back-end and DevOps with experts like Johnnie Fox, Gerald Villorente, Joan Maris Rosos, Chris McIntosh and so on.

If you think that this weeks you are able to expend your Drupal knowledge only in Delhi, you are wrong. DrupalCamp Taipei is also scheduled for this Saturday (12th November). It will host names like John Albin Wilkins in Ming Chuan University in Taiwan. Unlike in Africa, the admission is not free. In fact, it is not free on all of the described events. Your horizon will not be widened for free even in DrupalCamp TLV Israel, which concludes this year busy November of Drupal Camps. It will be held on 29th November in Tel Aviv. Newcomers and expert will be addressed by Bojan Zivanovic, Michael Schmid, Amir Taiar, Inbal Jona and many others. 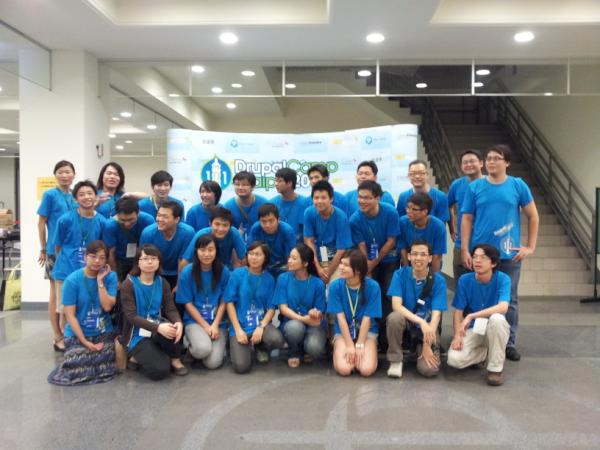 Drupal Camps, which did not make it this year

Of course Asia is not an exception when it comes to »lost« Drupal Camps. Although some of them, like DrupalCamp Singapore and Drupal Camp Pune, did not see the daylight this year we must conclude that Drupal Camps and Drupal activities in general are far more spread and evolved in Asia than in Africa. It will be interesting to see the comparison with Europe and North America, but more about that in one of our next blog posts.