A while ago, we wrote a post on the history of the Druplicon. As we pointed out in this post, our beloved Drupal logo, the drop, went through quite a few iterations to arrive at the point where it is today, known by everyone in the community. On top of that, because of the same prolific community, various versions of the logo have been created for special occasions, such as new releases and events, and for different topics and regions.

So, in the 18 years since Drupal’s conception, the community has seen a wide range of different Druplicons. But, unlike for other Drupal-related material, such as modules, there did not exist a unified platform where one could get an overview of the Druplicon’s evolution and all its variations throughout the years.

Officially, this is what sparked the idea of druplicon.org for Vesna, one of our Drupal developers. She was impressed by the large number of Druplicons and wanted to create a website that would display all existing Druplicons in one place.

In order to bring the Druplicon closer to the community, she decided to gather all the diverse versions of the Druplicon and turn their discovery into something fun and interactive.

Well, the origin story above is not exactly untrue; there is more to it, though. Vesna actually revealed the whole story behind what drove her to create druplicon.org - and it’s super fascinating!

At Drupal Developer Days Milan 2016 she caught a glimpse of someone wearing a T-shirt with what appeared to be a Druplicon in the style of Joan Miró i Ferrà, one of her favorite painters. She isn’t completely sure, but she thinks the logo was that of a Drupal-related event in Barcelona (Joan Miró was a Spanish painter, sculptor, and ceramicist born in Barcelona, so there’s the connection).

Of course, it’s not always easy to approach someone you don’t know and just spark up a conversation. It’s totally understandable, then, that she didn’t go to him to find out about his shirt and ask him if she can take a photo of the Druplicon for Instagram - and it’s even more understandable that she immediately regretted not doing so!

She went on to scour Google relentlessly, trying to find the lost Druplicon - but, sadly, to no avail. So, she decided to make a database of all existing Druplicons, with the hidden agenda of maybe eventually finding this mythical one.

Visitors to druplicon.org can thus easily explore the icons by different categories, get additional information about them, clearly see which are the newest ones and even play an interactive memory game with the icons.

Due to the abundance of different Druplicons, the game is not exactly an easy one - even when opting for the “easy” mode. Playing it regularly, however, will quickly improve your knowledge of existing Druplicons.

And, since the game is designed to be educational as well as fun to play, it greatly helps with remembering which Drupal event or aspect of the larger community a specific icon is connected to.

Whenever you discover a matching pair, you get information about the event or topic that the icon has been used for, together with the link to the event’s or the community’s page on drupal.org.

So, attend Drupal events, memorize their logos, get to know the community, then play the game regularly and become a true Druplicon master! (Pro tip: tackling the harder levels on a big screen will make the game much easier).

Staying True to the Spirit of Drupal

There’s another very Drupal-esque aspect of the site - in the spirit of Drupal contribution, users that register to the platform get the opportunity to submit new Druplicons. Because, let’s face it - there are so many versions of Drupal’s logo that it would almost be megalomaniac to think that we caught them all.

So, if you discover or think of any Druplicons we might have missed, you’re more than welcome to join druplicon.org and add them to the platform - especially if one of them is the elusive Joan Miró Druplicon!

The Power of the Community

Druplicon.org is thus a collective effort in the true sense of the word. Staying true to the all-encompassing nature of Drupal, it’s a site anyone can contribute to and thus connect with members of the Drupal community no matter where they hail from.

And, fittingly, the site itself is of course built in Drupal 8; it was actually built by our freshly recruited developers as part of their onboarding project (if you want to know more about how we onboard our new developers, take a look at this post on our effective training program).

Doing so, they got hands-on experience with both crucial aspects of Drupal: coding and giving back to the community. As such, druplicon.org is truly a site by and for the Drupal community, showcasing the power of said community.

This, then, is the perfect opportunity to try to get the community involved in our search for the lost Druplicon. Remember how we mentioned before that (a major!) part of the motivation behind the creation of the site was finding the Joan Miró Druplicon?

Well, we know that the Druplicon is somewhere out there, just waiting to be discovered. So, now we’re calling on all of you, especially those who attended Drupal Developer Days Milan in 2016, to spread the word, explore druplicon.org and contribute with any missing Druplicons. Together, we can surely find the lost Druplicon and make Vesna happy! 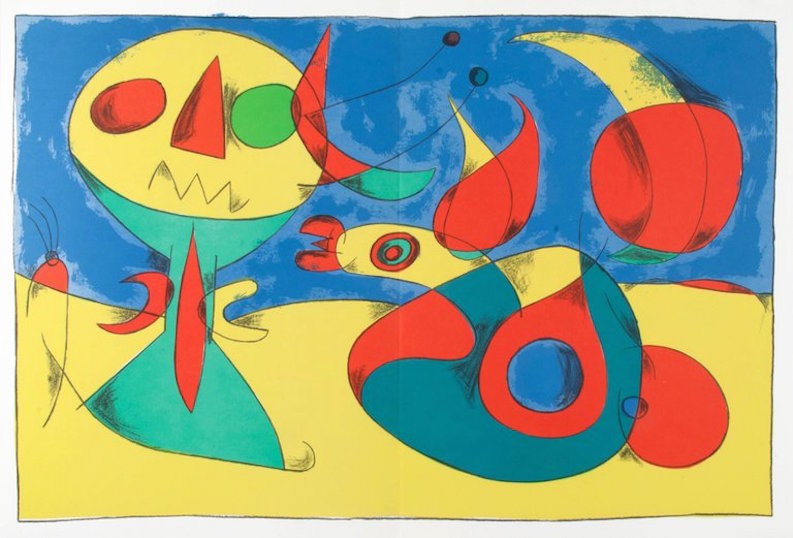 (If anyone has any information on the icon, but doesn’t want to join the platform for any reason whatsoever, please give us a shout out - any info is helpful!)