Published by Ana
on 28 November 2018
in Community & Drupal 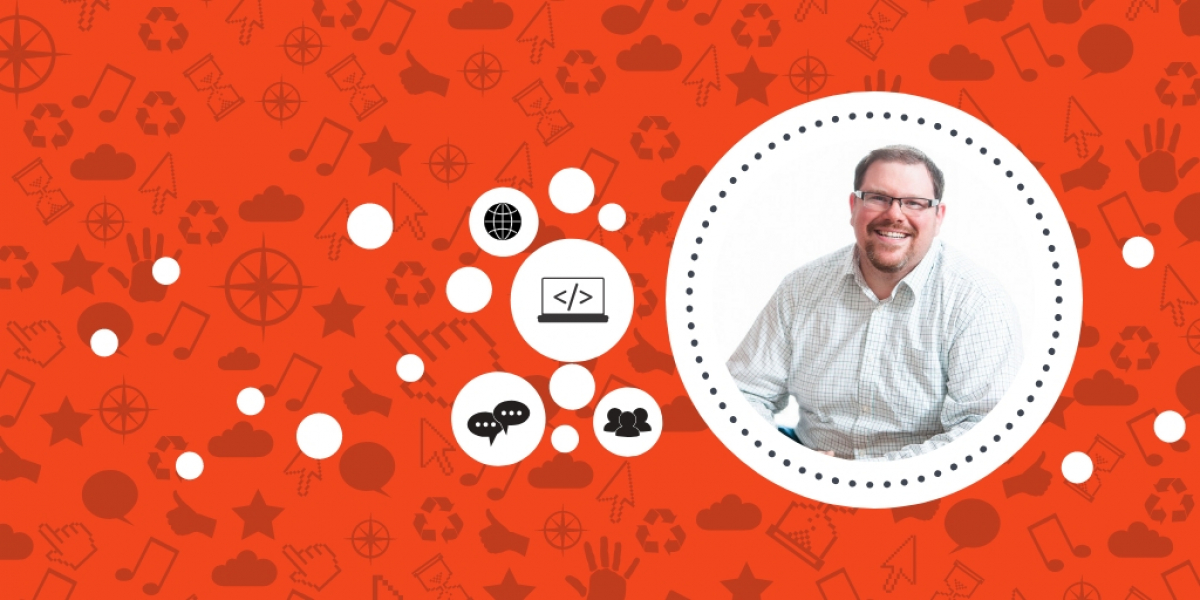 Meet John Piccozi, co-host of the weekly podcast Talking Drupal and co-organizer of the Drupal Providence Meetup and the New England Drupal Camp. John met with Drupal about 10 years ago, and he is looking forward to what will the next 10 years bring.

I’m an Acquia-certified Site Builder, Drupal podcaster, and co-organizer of a camp and meetup. I’m the Senior Drupal Architect at Oomph, my claim to fame is being our resident Drupal enthusiast. It's important to me that Oomph be part of the Drupal community here, and at-large, in every way we can. Sharing knowledge, staying curious, and trying new things is definitely the name of the game. My Drupal work includes projects for CVS Caremark, Leica Geosystems, Blue Cross Blue Shield, and Marriott International. I am a co-organizer of the Drupal Providence Meetup and the New England Drupal Camp. I also co-host the weekly Talking Drupal podcast with Stephen Cross, and Nic Laflin.

Neither, it was my job. Shortly after graduating college I worked for a company that was “building websites”. I put this in quotes because I knew nothing of Drupal or it’s capabilities at the time, I thought I was going to be coding HTML and CSS. After getting hired, I was told they used this content management system called Drupal. At that point it was “sink or swim”. Luckily, Mark Ferree (our senior developer at the time) was an amazing mentor and Drupal coach. After getting a few sites under my belt I was hooked. In looking back at that experience, I would say it was both the software (not having to build it from the ground up) and the community. Fun fact: I worked with Oomph’s current Director of Engineering, Rob Aubin, at that job, pretty sure it was his first interaction with Drupal too!

I would have to say my first real exposure to the Drupal Community made a huge impact on me. I remember it like it was yesterday. It was DrupalCon Austin and, unlike more recent DrupalCon’s, travelling with members of the Oomph team, I was flying solo. Lucky for me, I was in a city full of fellow Drupalers and a friend (and former boss) Jason Pamental. I reached out to Jason and he quickly filled me in on all of the social events happening after sessions. He introduced me to people I had only heard about or talked with in the issue queue. We went to the various social events and he even brought me to a few invite only events. It was a whirlwind trip and the experience has stuck with me all these years. So much so that I have been to DrupalCon every year since I made that first trek to Austin and every year it’s amazing to reunite with Drupal Friends and learn from the community.

Well, most of the time when people ask me what I do, I tell them I’m a Web Developer. Sometimes when I wear one of my many Drupal shirts, someone will ask “What is Drupal?” to which I will tell them it’s a Content management system for their website. Usually, I will get some confused faces, but once in a while someone’s eyes will light up and they will want to know more. I’ll never forget once being in a mall in Massachusetts, going up an escalator, and someone on the opposite escalator said “Nice Shirt.” I nodded and didn’t think much of it at the time. A few minutes later I realized what the person said and what shirt I was wearing (a Drupal shirt of course). It brought a smile to my face. Drupal Rocks!

Drupal has evolved greatly in my 10+ years working with it. I started on Drupal 4.7 with Ubercart and saw the release of Drupal 6. More memorable was Oomphs Drupal 7 release party. I remember being excited for the release of Drupal 7 and the improvements that brought. However, all of that excitement and improvement pales to now working on Drupal 8.6 with Commerce 2.x, Core Translations, and the newly added Configuration Management system in core. With the release of Drupal 8 and a firm and frequent release schedule, Drupal keeps improving year after year. Like a fine wine, Drupal gets better with age. I look forward to the coming releases, a finished media system, layout builder, and improvements to the core. Drupal’s future is bright and I look forward to the next 10+ years!

I found a core bug last week, that was pretty cool! I spoke at DrupalCon for the first time in Nashville. I co-founded and co-organize the New England Drupal Camp, which is a camp that aims to bring the New England Drupal community together in one place each year. I also co-organize the Providence Drupal Meetup each month at the Oomph, Inc. offices. Oomph is working on a helper module for Paragraphs called Oomph Paragraphs. It’s all pretty exciting and keeps me coming back for more!

Well, I work with commerce and translation quite a bit. The advances to those two systems in Drupal 8 has been amazing. I’m looking forward to kicking off a project with the commerce guys in the next few weeks. I have a feeling that will lead to some enhancements to commerce 2.x. On Talking Drupal we talked to many maintainers and co-maintainers in the Drupal community. Recently we talked with  Adam, one of the co-maintainers of the media initiative. In the last few weeks, I have been excited about the improvements to that system over Drupal 7. I also think that the work Jacob Rockowitz is doing, maintaining the Webform module, is inspiring. He is providing great documentation and training, as well as frequent updates to the module. So many cool projects and initiatives in the Drupal space, I couldn’t possibly name them all.

Watching my kids grow and learn is very exciting. My oldest just turned 6 and is turning into a very skilled Lego architect, as well as a soccer star. Then his brother (my one and a half-year-old) is just learning to walk and has some choice words he likes to use – “More More!”. In the tech space, I think we are moving ahead with some very interesting ideas and technology. The internet of things is always amazing to me. The new Apple watch has got me thinking it’s time to replace my analog version. The idea of wearables is great. I am really looking for Apple to come out with glasses. As a lifelong wearer of glasses. It would be amazing to have Siri, headphones, and a phone built into the glasses I wear every day.

In closing when thinking about the Drupal community and answering these questions. This quote from American Scientist Margaret Mead kept coming to mind. I leave you with this: “Never doubt that a small group of thoughtful, committed citizens can change the world; indeed, it's the only thing that ever has.”.