Like every month, we’ve prepared a recap of some of the top Drupal-related content from the month before. Our recap for August contains some very interesting articles, have a read!

One of our favorite Drupal blog posts from last month was the description of what the process of salvaging abandoned Drupal modules looks like, written by Allan Chappell of Four Kitchens.

As Allan points out, one of the main reasons for maintainers abandoning a module is that they used to work on it in their free time, but now have less time to do so. The Drupal security team plays an important role, as they are the ones who communicate with maintainers and post security issues publicly.

Allan also lists some of the modules that his colleagues at Four Kitchens maintains, and describes more thoroughly what the role of maintainer entails and how they communicate with the security team.

The next post from August, written by David Rodríguez and published on Digital Ocean, is basically a tutorial on building a Drupal 9 site on your local machine with the help of Docker and DDEV.

First, you need to install DDEV (David provides the steps for either macOS or Linux), then you deploy the newly built Drupal 9 site. Since DDEV is tailored specifically to PHP-based frameworks, you can have it create a directory structure that’s specific to Drupal 9.

Now you need to configure the Drupal website; you can do it either with the installation wizard or with DDEV’s CLI. After that, you need to check your permissions, and then you can start testing your site’s functionality and creating posts.

We continue with a post in the Community section of drupal.org, written by Suzanne Dergacheva. It’s a call to action to business leaders and decision makers using Drupal or a different CMS to share the reasons behind their decision of a specific platform.

The survey is intended to give the Promote Drupal initiative relevant insights that will help the team provide resources and materials to increase adoption of Drupal. It’s a very short survey, and any kind of input is greatly appreciated, both technical and marketing.

If you would like to join Promote Drupal or help out in another way, you’re very welcome to check out some of the initiative’s past work and join the #promotedrupal channel on the Drupal Slack; there’s a lot to be done, from submitting case studies, to providing translations and designs.

The Business Case for Going Decoupled: Part One

Fourth on our list this month is a post by Amazee Labs’ Jamie Hollern in which he presents the basics of decoupling, and some of the use cases for and benefits of decoupled Drupal.

The industries that can make really good use of decoupled applications with a Drupal back end typically require excellent multilingual and multisite capabilities, highly prioritize security, and involve complex publishing workflows.

Jamie then goes through all the different business cases for decoupling Drupal: if you need top-notch, enterprise-level content management; support for multisite; good localization and/or personalization tools; a large number of integrations; or heavily use GraphQL APIs, decoupling the back and front end can benefit you.

This next post by Jeff Geerling touches upon a sensitive subject, but is very interesting and has spurred quite a lot of discussion of the topic. In the post, Jeff shares his thoughts on that major release of Drupal which represented the biggest change for the project and its community, by introducing a major break in its backwards compatibility - Drupal 8.

As Jeff states, software projects have typically followed one of two approaches: either regularly breaking backwards compatibility, or essentially never doing so. The key with both, however, is consistency in the approach - and this is precisely where the Drupal 8 update was so controversial. We highly recommend that you check out the whole post and the discussion in the comments if you’re particularly interested in this topic.

Juampy begins the post by detailing the Kubernetes cluster set up, then continues with the workflow of GitHub Actions, which builds a Docker image and pushes it to the Docker registry, in the same way as with Digital Ocean described earlier in the series.

The major change with this approach is in how Google Cloud handles authentication; once that’s taken care of, you only need to download the Kubernetes cluster, which is achieved with a simple command. Using Kubernetes is thus very similar across different cloud providers.

Even though Drupal’s performance was already greatly optimized when going from version 7 to 8, there are still a lot of ways to additionally improve the performance of a site running on Drupal 8 or 9. The author of the article, Matthew Daniel of Chromatic, provides a comprehensive list of optimization tactics, as well as a tool for testing page speed (Google’s PageSpeed Insights).

Some of the most notable speed optimization approaches are caching, optimization of media assets, curation of modules and the codebase, and usage of a CDN, as well as things like optimizations to the database and to how external resources are loaded. You also need good hosting and, if possible, have your site run on the latest supported version of PHP.

Let’s round up our recap for August with a more community-centered article by Zane Abelite-Medne of Wunder, who interviews their CTO Florian Lorétan on the 10-year history of Wunder as a Drupal-based company.

Florian dives into the reasons behind choosing Drupal, and how the Druplicon served as inspiration for the Wunder logo. Their internal WunderCons were also inspired by Drupal events, and Florian recalls some of his most memorable ones (e.g. DrupalCon Szeged in 2008).

He also speaks a bit about the progress of the company and their offer throughout the years. While they still use Drupal and contribute to the project, other technologies have become part of their stack, and the nature of contribution has also evolved alongside the project. 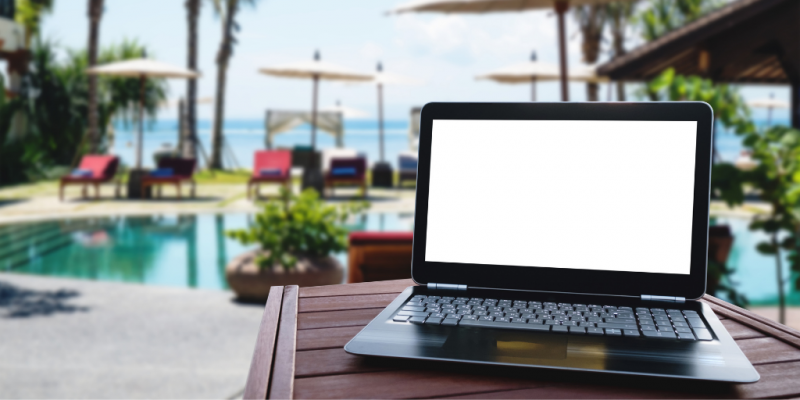 These were some of our favorite Drupal articles from last month. Are there any that you’ve particularly enjoyed and that we haven’t included? We’d love to check them out, so feel free to send them our way! Till next month - enjoy!