Happy new year, everyone! We’re kicking it off with a recap of our favorite Drupal-related articles from December.

In the first days of December 2020, we got the first minor release of Drupal 9, Drupal 9.1.0. This post by Gábor Hojtsy goes through the updates and improvements that came with this release, as well as what the upgrade means for site owners and contributors.

The main new feature of Drupal 9.1.0 is the addition of the new experimental front-end theme Oliver to Drupal core. There are also notable updates to the new back-end theme Claro, as well as compatibility with Composer 2 and PHP 8.

On top of these, the new version brings some other exciting features, such as a 20% improvement in installer performance and auto lazy loading of images with known dimensions.

How To Plan A Redesign

In the next post from last month, Marie-Elise describes the process of planning and managing a website redesign, based on a recent move from Drupal 7 to Drupal 8. The post excellently breaks down all the different phases, from the initial planning phase all to what happens post-launch.

You start with requirements gathering and research, then organizing the information architecture. After that follow wireframing and design, before proceeding with building the site, migrating content and finally testing before deploying the new site. The final phase which is often left out but is nevertheless important is a good maintenance plan, especially long-term as people working on the project may change.

Read more about planning a redesign

We continue our recap with Pedro Cambra’s update on the latest goings-on since having been elected Community Director at large for the Drupal Association. This initial month mostly served as an onboarding period for him, while the Association in general were busy with organizing the first-ever virtual DrupalCon Europe which took place in early December.

A main focus for Pedro is getting more information about the DA’s recent changes to the voting system, which was one of the key drives for his campaign and election. He plans to share with the community as soon as there is enough information available, probably after the Association’s meeting in February.

The next post we’re highlighting is Lullabot’s Matt Robison’s comprehensive comparison of Drupal and Contentful in terms of decoupled CMS capabilities. As a headless-only CMS, Contentful most often provides a more straightforward approach of doing things, while the Drupal way typically requires more initial planning due to more different options.

A lot of what Contentful provides out of the box is enabled by different modules in Drupal, which is in part due to the former being a SaaS product and the latter being an open-source framework. Still, Drupal has several advantages over Contentful, such as streamlined editorial workflows and excellent multilingual capabilities.

Read more about Contentful vs. Drupal

Another interesting blog post from December is Mobomo’s overview of Layout Builder which was added to Drupal core with version 9. It is a WYSIWYG editor that provides a great editing experience with drag-and-drop editing.

Similarly to the Gutenberg Block Editor in WordPress, the Layout Builder is also based on blocks, though it also offers certain advantages such as granular editing. It provides live previewing and a lot of options for customization.

What’s more, it stays true to Drupal’s commitment to improving accessibility and user experience, meeting all of Drupal’s accessibility standards and being easy to use, enabling things like easy keyboard editing.

Should I upgrade my Drupal site?

Moving on, we have a post by Perficient’s Dan Persson about upgrading your Drupal website and why and when you should do it. The main reasons are of course support and security; as Dan states, managed hosting providers take care of the basic level of security fixes with their maintenance.

Due to its dependence on Symfony, Drupal 8 is reaching its end of life in November, with support for Drupal 7 being extended for an additional year due to the disruption caused by Covid. On the other hand, Drupal 9 will be supported until the end of 2023 and offers more and richer features, such as the ability to implement a component-based architecture.

Why use DDEV-Local instead of rolling your own Docker-based local dev solution?

This post isn’t specifically about Drupal, but we’ve decided to include it because it compares two tools widely used in the Drupal community - Docker and DDEV’s DDEV-Local. Its author Randy Fay points out that while a custom Docker solution does provide a lot of neat features, DDEV-Local offers even more while still being an open-source tool.

We’re not going to list all the benefits here, as the list is quite extensive, but among the most notable ones is the support for several frameworks, e.g. Laravel and Backdrop in addition to Drupal and WordPress. According to Randy, the number one benefit of using it is the significant amount of time saved.

Read more about DDEV-Local vs. Docker

Last but definitely not least, we have Dries’s annual article on the state of Drupal which includes his keynote from DrupalCon Europe. This time, he took a more general and retrospective approach, looking back at the nearly 20 years of Drupal and breaking down the things that went well, the things that would've been done differently, and the unexpected things.

One of the most exciting parts of the keynote is Dries’s announcement of the Decoupled Menus initiative, which has two main goals: first, giving Drupal the best JavaScript developer experience in a CMS; and second, making it the best decoupled CMS in general. Make sure to also watch Gabe Sullice’s excellent presentation if you haven’t yet!

Read more about the state of Drupal 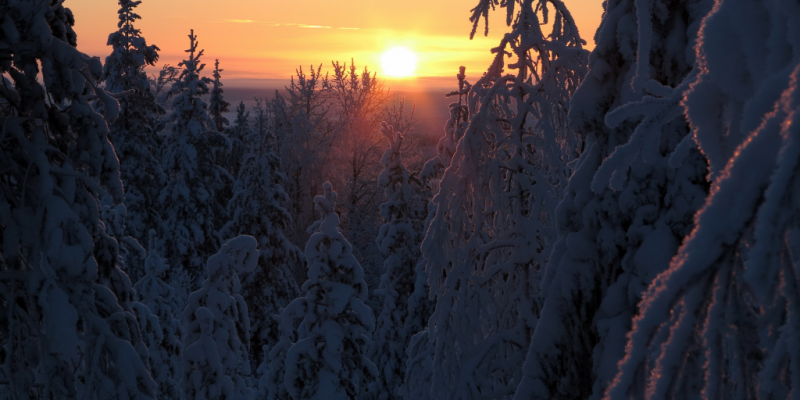 This is it for our recap of December’s Drupal articles. Stay tuned for more interesting content coming soon!