We’re back with an overview of the top Drupal-related blog posts from last month. Here are some of our favorite reads from February, have a look.

The Drupal community is one where contribution to the project is really well curated, with contribution credits for those giving back. Recently, this system has been reinforced with Drupal’s introduction of the Contribution Recognition Committee.

The first post on our list for February, published on the Drupal Association’s blog by its CTO Tim Lehnen, is a plea by Paul Johnson and other Committee members to the community to help out the project by completing a survey (found in the post).

This survey is part of their ongoing efforts to collect as much feedback from different areas of the community as possible. If you’re contributing to Drupal in any other way than with code, they’re especially interested in hearing your thoughts - so, check out the post and take the survey now!

Webform module now supports variants, which can be used for A/B tests, segmentation, and personalization

The second post, written by Jacob Rockowitz, is an update to the Webform module which he maintains, understandably one of the most widely used modules in the Drupal community.

The post is centered around how to personalize a webform to specific audiences through A/B testing and segmentation. Currently, this is achieved out-of-the-box by creating two different instances of the form, then directing the user to the right one.

However, Jacob has developed a more elegant solution: using variants of a single webform. Site builders are able to add a Variant element to their webform, which they can then use to manage the variants. After successful A/B testing, they can apply the winning variant to a master webform.

While not strictly a Drupal-specific post, this next one by Baddý Sonja Breidert of 1xINTERNET is still relevant enough for Drupal that we decided to include it. In it, Baddý lists the top digital trends they expect to see in 2020.

Here’s a quick overview of what these trends are: contextual experiences; integration of commerce and content; speed and performance; providing a great marketer and editor experience with Drupal; headless, decoupled, microservices and micro frontends; design systems; consolidation and reusability; web analytics and customer data; AI and machine learning.

Among other areas that have been and will continue to be relevant, Baddý lists accessibility, security, privacy and DevOps.

Off to the digital experience races: The second CMS war is officially here

We continue with another post that isn’t exactly 100% Drupal, as it concerns web content and digital experience management in general - Preston So’s excellent post on the second CMS war which began in a way with the introduction of headless/decoupled.

Following Gartner’s retirement of its Magic Quadrant for web content management in favor of the recent digital experience platform, we’ll now have to consider the user experience of different personas than just in the web era. This coincides with the second browser war, which was itself also focused on user experience.

According to Preston, the most important factor in digital experience management is in fact presentation management. Balancing the site builder and developer experience will be crucial to figuring this out.

Growing the Drupal Community in 2020

Fifth on our list for February, this post by Evolving Web’s Suzanne Dergacheva is concerned with - you guessed it - growing the Drupal community in 2020.

The target audience for this initiative are people outside the Drupalverse; this ranges from decision makers choosing the most appropriate technology for their project, to people who use Drupal but aren’t actively involved in the community, and people who are just starting out with Drupal.

The ways to achieve getting more people into the community differ depending on a specific person’s “Drupal journey”, but the end goal for all is to get them to feel empowered by Drupal, start actively participating in the community and maybe even join the Drupal Association.

5 Reasons to Choose Drupal as a Scalable CMS

In the next post we’d like to highlight, Andrew Brisebois of Acro Media provides 5 reasons why you should go with Drupal if you need a scalable CMS solution. Its powerful out-of-the-box multilingual capabilities make it ideal for spreading into international markets and it allows you to incorporate pretty much any feature you need.

On top of that, it’s also widely regarded as a very security-focused CMS and is known for its high integrability with third-party applications. It’s supported by a strong open-source community and, due to its API-first approach, it can be used as a headless CMS with a front-end framework of choice used for presentation, making it a solid future-proof solution.

Another thing Drupal is known for in the CMS sphere is its streamlined handling of Media entities. This is what the next post by Ivan Zugec of WebWash is about: it’s a combination of a text and video tutorial on how to manage Media assets using core Media in Drupal 8.

Ivan begins the post with some history of Media in Drupal 8. What follows is the tutorial of using the Media core module: creating Media assets, using the Media field and the Media Library, embedding Media into the Editor, and creating a custom Media type. He finishes with a practical example of embedding an Instagram image in Drupal.

A Sure-Fire Migration Approach to Drupal 8

Finally, we have a post by Matt Davis of Third and Grove detailing a well thought-out migration to Drupal 8. In it, he offers some great tips for getting the most out of your migration without putting in excessive amounts of effort.

Matt’s first tip is to not migrate the configuration, but to instead focus on the content and rebuild the structure manually. For a better overview of what needs migrating, he recommends using a spreadsheet.

Additionally, you should make sure you understand the reasons behind certain choices, with the aim of optimizing the newly built site. And, of course, the site has to be editor-friendly, so you should work with content editors to also improve their experience. Lastly, he suggests performing a technical audit before setting about on the migration. 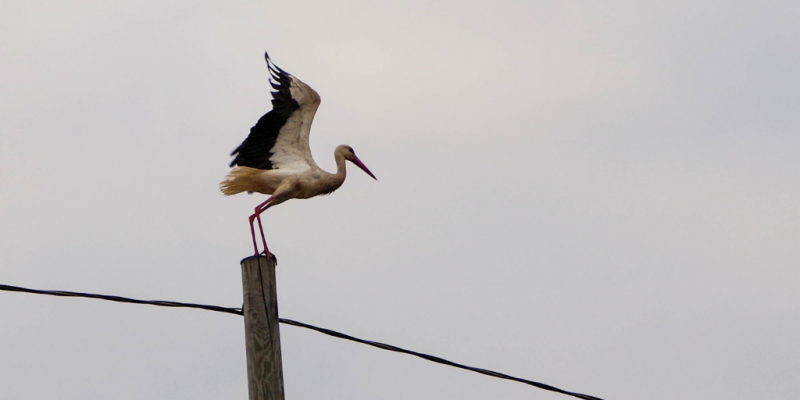 This concludes our recap of February’s top Drupal blog posts. If you like what you’ve read, check out the rest of our blog and make sure to stay tuned for more upcoming content!