New month, new recap of top Drupal blog posts! This one again features a set of diverse and interesting articles; enjoy the read!

We’d like to kick things off with an article that isn’t specifically about Drupal - nevertheless, Acquia is an important enough company for the Drupal project that any important piece of news for them is also important for Drupal.

In January, they were already named a leader in the magic quadrant for DXP by Gartner, and now also a leader in agile CMS by Forrester. We’d like to give them our sincere congratulations on these two important achievements!

In this post, the author Ryan Picchini breaks down what it means to be an agile CMS and the four pillars of Acquia that have made it a leader in this space: openness, ease of use, digital maturity and a multi-experience approach.

Read more about Acquia as leader in agile CMS

Why an open DXP enables flexibility and speed to market

A somewhat related article is this one by Annertech’s Gary Cosgrave, which focuses on the benefits of an open DXP, following the release of Gartner’s DXP magic quadrant mentioned earlier.

Ryan begins with a quick recap of what a DXP is, plus some of the drawbacks of closed or proprietary DXPs. In the next section, he transitions to the open DXP, the main benefits of which are flexibility and a fast time to market.

The last part of Ryan’s article is dedicated to Acquia, addressing how they’ve become a leader in the space throughout several years and going through some of their main offerings.

We’re moving on with an article by Evolving Web’s Leigh Ryan comparing the content editing capabilities of Drupal and WordPress. The first point of comparison is the UI, which has been greatly improved in Drupal with the Claro admin theme. With taxonomies and content types, Drupal offers more flexibility, but WordPress makes migrating content easier.

Both CMS have media handling well polished, but Drupal has a bigger focus on accessibility. WordPress offers more themes and plugins, but they’re largely not free, as opposed to Drupal. Drupal is also more flexible when it comes to versioning and facilitating workflows, and it has great multilingual capabilities. Both projects have active communities with valuable resources for these communities.

Read more about Drupal vs. WordPress for content editors

We continue with the latest edition of Pedro Cambra’s update to his Drupal Association journey. He begins with a couple of important updates - the upcoming DrupalCon North America and the nominations for this year’s Aaron Winborn Award - before continuing with a recap of the first board meeting he attended back in December.

As he states, Pedro was assigned to two committees: the Community and Governance committee, which will also deal with the voting eligibility issue which motivated Pedro to run, and the Finance committee. As the DA’s At-Large Director, he also met with the Community Working group, who have been less busy due to the lack of in-person events.

Nominations are now open for the 2021 Aaron Winborn Award

Since we already mentioned the open nominations for the Aaron Winborn Award in the above section, we’ll just continue with the related blog post by Michael Anello / ultimike.

The annual award, created to honor the memory of Drupal contributor Aaron Winborn, recognizes an individual for their contribution and help to the Drupal community. The recipient gets a scholarship as well as a paid DrupalCon ticket.

If you know someone in the community who has stood out in their commitment and help, now is your chance to let your voice be heard and nominate your candidate. Nominations are open until March 19th, so you still have over two weeks left.

Next up, we have a post by Mediacurrent’s Mario Hernandez in which he shows how to create a dynamic button using a button or anchor element in Drupal or Gatsby. In Drupal, this is done in Twig by additionally specifying the button class with button--link for the <a> element.

In Gatsby, things get a little more complicated as you also have to account for Gatsby’s native <Link> component which drastically improves performance with internal links. So, to make this work, we need to check if there is an URL, and also if it is internal or external. Mario also includes a video tutorial in his post for anyone who prefers video.

Read more about creating dynamic buttons in Drupal and Gatsby

In the next post from last month that we’d like to highlight, Jonathan Sacksick of Centarro gives an update to the latest version of Commerce Core. Most notably, this version brings important optimizations to the merchant experience.

These include order management improvements, e.g. more detailed order activity logging and the addition of a checkout completion event. Other changes are improvements to promotions, namely, easier promotion management and a better experience with “Buy X, Get Y” types of offers.

In addition to order management improvements, Commerce Core 2.24 also features improvements in performance by adding different indexes to the entity types, which results in faster queries.

Say Goodbye to Drupal 7 and Hello to Other Opportunities

Last but not least, we have a post by Kalamuna’s Anna Mykhailova which presents and goes through the options that Drupal 7 site owners have as this version’s end-of-life date approaches.

Anna compares three main options: migrating to WordPress, migrating to Backdrop and migrating to Drupal 8 (or then again 9, as Drupal 8’s EOL is in fact coming even sooner than that of Drupal 7).

In the final section of her post, she provides more information about the benefits of migrating to Drupal 8/9. Drupal 9 boasts a highly improved editor experience and a high commitment to accessibility, and it’s moving towards an API-first approach to satisfy any kind of integration need.

Learn more about your migration options for Drupal 7 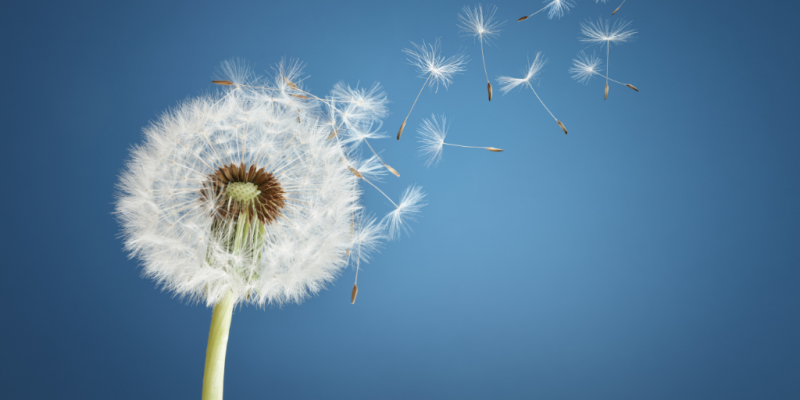 That’s it for this month’s recap of the most interesting recent Drupal-related content. Stay tuned for more!