As is our monthly tradition, we’ve compiled and recapped some of our favorite Drupal posts from last month. Enjoy the read!

One of the most notable Drupal updates from June was the release of Drupal 9.2.0. So, we’re kicking off this month’s recap with Gábor Hojtsy’s announcement of the release on drupal.org.

Like with every new release, Gábor goes through what’s new in that particular version. Drupal 9.2.0 features optimizations to security and privacy, better default building blocks and fewer Drupal 10 compatibility issues, as well as other updates such as a simplified Drupal 7 migration path.

In addition, Gábor also provides a sneak peek of some of key upcoming features, before concluding with what the new version means for different Drupal stakeholders.

Read more about the Drupal 9.2.0 release

How Drupal can result in reduced Total Cost of Ownership

Next up, we have a blog post by Anthony Lindsay of Annertech discussing how the optimizations in the latest versions of Drupal result in lower total cost of ownership for modern Drupal websites, especially as compared to versions 7 and earlier.

While early versions of Drupal required a lot of custom development and cumbersome overhaul-like migrations when it came to updates, Drupal 8 and 9 have introduced huge improvements, with much smoother upgrade paths and more out-of-the-box features.

Taking all of this into account, Drupal 9 is truly a future-proof technology which can serve as your digital foundation for years to come.

Read more about the lower TCO in Drupal 8/9

Drupal 8 & 9 Theming: How to Render and Format JSON Data With PHP and Twig Using the JSON Field Module

In the third post we’d like to highlight, Danny Englander shows how to use Drupal’s JSON Field module to format and render data. He does this with a custom preprocess function and Twig template.

First, you need to set node definitions and check for the instance of a node, then check if the JSON field exists and is not empty with a PHP magic method. Next, use Xdebug to get the plain value of the field and convert the value into an array. To complete the preprocess function, create a template variable and then render it in the Twig template with a loop.

Speaking at Drupal Events: A Non-Code Way to Contribute to Drupal

We continue with a post by Bounteous’ Irene Dobbs sharing her experience of presenting at a DrupalCon for the first time. She provides some key tips for getting through the speaker application process and talks about what helped her the most as a first-time speaker and new member to the Drupal community.

The topic of the presentation was the process of Bounteous’ rescuing the TB Mega Menu module, which they had customized to their own needs and decided to apply for ownership and salvaging the project. This way, they actually made a double contribution to the community: rescuing the module, and presenting about it at DrupalCon.

Another great post from June comes from Mario Hernandez who describes his approach to integrating components into Drupal without the use of PHP. Mario works on the basis of an article by Evan Willhite of Four Kitchens, but shows how to achieve the same result by only using Twig and no PHP.

He’s able to do this by working directly with the node entity rather than with a Paragraph type. He creates a new Display view mode called Card and then integrates it with a Node template. Finally, he creates a view to display a collection of Card nodes, which uses this Card view mode instead of fields.

All You Need to Know About Drupal 10 Readiness

Moving on, we have a post by GOLEMS GABB about the release of Drupal 10 planned for next year and how to best prepare for it. They start off with the dates for the planned release and the two potential fallback dates, then continue with what will happen in terms of end of life for versions 7, 8 and 9.

The next part of the post focuses on Drupal 10, beginning with the expected new features: updated dependencies, easier out-of-the-box experience, automated updates, decoupled menus, a new front-end theme and a streamlined site builder experience. In the final part, GOLEMS show how to ensure that a Drupal website is ready for Drupal 10.

Getting Started with Views in Drupal

This next post, written by WebWash, serves as a great guide for getting started with working with Drupal Views. Its first section shows how to create a simple View of published articles and explains the key parts of the Views configuration interface.

The next few sections show additional things you can do with Views, such as customizing them, but also more advanced use cases, i.e. creating Drupal blocks or creating the admin page by using Views.

For those who prefer learning in video form, the post also includes a video in which WebWash’s Ivan Zugec goes through and presents all the article’s sections.

Read more about getting started with Drupal Views

Improve Your Users' Experience with Quicklink 2.0

In the final post that we’re including on our list for June, Lullabot’s Mike Herchel presents version 2.0 of the Drupal Quicklink module which provides Drupal integration with Google’s JavaScript library Quicklink. The new version enables better control over link prefetching, with the brand new features Request limit, Concurrency throttle and Idle timeout value.

Other new features include the option of ignoring configured selectors; auto-disabled JavaScript polyfill which used to provide support for the Intersection Observer API for older browsers; and better testing coverage. While the module is currently still in beta, Mike points out that they’re already using it at Lullabot and gives extra info on the next plans for it. 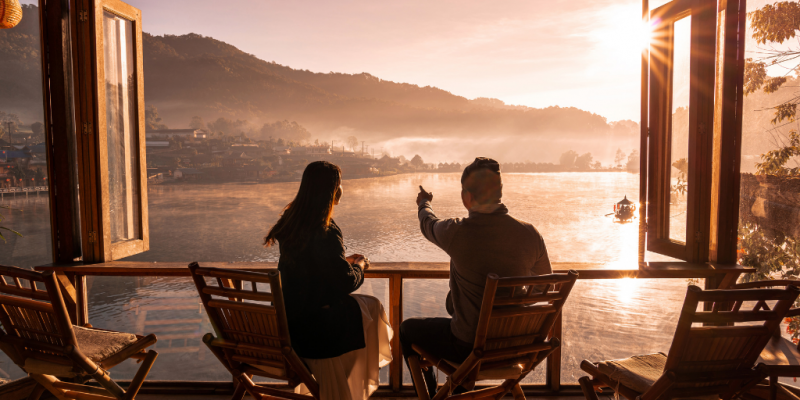 If you enjoy these monthly recaps and don’t want to miss future ones, follow us on Twitter and make sure you’re up to speed with all our latest updates.