We’re bringing you our latest recap of top Drupal blog posts from last month. Get ready for some really great posts this time!

Creating a New Self-Help Portal for the California Courts

The first post we’re including this month is written by Mike Madison of Chapter Three and describes a project they did for the California courts; namely, they developed a Drupal-based self-help portal for self-represented litigants.

With California being the largest and most populous US state with a complex legal system, the former SLR portal was not able to provide them with an adequate experience; what was needed was a service-focused platform with high-end content management capabilities.

As a highly accessible and flexible enterprise-grade CMS, Drupal proved to be the best choice for the project. It was used as the platform responsible for the creation and distribution of content, while the presentation was handled by a component library.

We're In The Golden Age of Contributing to Drupal

Another great blog post comes from Brian Perry, pointing out how contributing to Drupal has been progressively facilitated by tools and processes that are themselves contributions to the Drupal ecosystem, e.g. Lando and Simplytest.me. Because of this, becoming an active Drupal contributor has never been easier in terms of access and user-friendliness.

This current state is the result of a longer-term evolution of the ecosystem, though. Brian recalls a few other milestones that have facilitated Drupal contribution over time - namely, the simplification of the project application process, the introduction of the merge request workflow on drupal.org, and the migration of Drupal to GitLab.

Read more about the golden age of Drupal contribution

Drupal Security Testing For Everyone

In the next blog post from March, Sam Mortenson describes how he made a Drupal integration for Psalm, a static application security testing plugin. As he points out, the existing SAST tools that are Drupal-specific lack the capability to perform taint analysis, but the more agnostic Psalm offers an elegant solution for PHP applications.

Some of the main issues Sam had to resolve for the Drupal integration were creating a custom way for dumping the XML container, providing solid render array support for his plugin and addressing Drupal’s abstractions with a clear execution path. Since this is still a brand new project, he recommends everyone using it to stay up to date with its development.

Read more about SAST in Drupal with taint analysis

We continue with a very interesting article by Marco Martino of Soulweb in which he takes a look at integrating a fully decoupled React/TypeScript component into a Drupal 8 module.

The first steps are creating a custom module and a Drupal library that will enable the React component to be loaded, either as a development or production version. Then a custom field formatter needs to be created to attach the library.

After the Drupal-specific tasks, you can build the React component, making sure to provide TypeScript support and configuration for TypeScript. Webpack is then used to convert the code into a .js file that can be attached to Drupal as a library.

Read more about using a React/TypeScript component in Drupal

How to Get Excited About Drupal Again

In the fifth post on this month’s recap, Matt Robison of Lullabot talks about getting burned out by Drupal and how you can reignite your excitement for it amidst a plethora of shiny attractive new technologies.

Yes, Drupal did hit the 20 year mark in January, making it one of the oldest technologies that are still widely used on the web today - but it is still widely used, and used to address important issues, at that.

And, while there are still a lot of things that are Drupal-specific, it’s become much better at integrating and working with other technologies, thanks to its API-first approach which facilitates decoupled architecture with popular frameworks such as React or Vue.

Read more about getting excited about Drupal again

Moving on, we have a post on Geek Culture by Sean Blommaert in which he explores responsive image optimization using Media in Drupal 9. Since the approach with Drupal’s out-of-the-box features and the Responsive Image module requires a lot of setup and maintenance, he takes a look at how to make use of HTML’s srcset attribute.

Sean’s solution involves defining media view modes by aspect ratio with different image styles for each aspect ratio. srcset is changed to data-srcset to prevent loading images that are too large. Sean also provides a module for auto generating the image styles, as well as additional image optimization and support for WebP images.

Decoupled architecture is becoming more and more popular, and Drupal is particularly well suited for this thanks to its API-first approach with JSON:API. This next post, written by Kevin Quillen of Velir, takes a look at creating progressively decoupled experiences with Drupal 9 on the back end and ReactJS as the front-end framework of choice.

Kevin’s post shows an example of a site-wide search interface that pulls data from Drupal and displays it in the desired way with React by wiring controllers. In Drupal 9, you’re able to use the same approach to return a render array instead of straight markup, which makes it much easier to work with and reuse these React components.

Read more about progressive decoupling with React in Drupal 9

To Drupal or not to Drupal...

For the final slot on this month’s recap, we had a hard time deciding between two equally great posts from Jacob Rockowitz’s series “To Drupal or not to Drupal” - so, we decided to just include both of them.

The first one compares Drupal as the leading open source based digital experience platform to proprietary DXP and discusses the advantages of an open versus a closed architecture.

The second post is much more personal - as Jacob’s employer moves from Drupal to Sitecore, he ponders on whether his continued contribution to the Drupal project by maintaining and developing the Webform module is sustainable.

Read more about how Drupal compares to proprietary DXP

Read more about the sustainability of open-source contribution 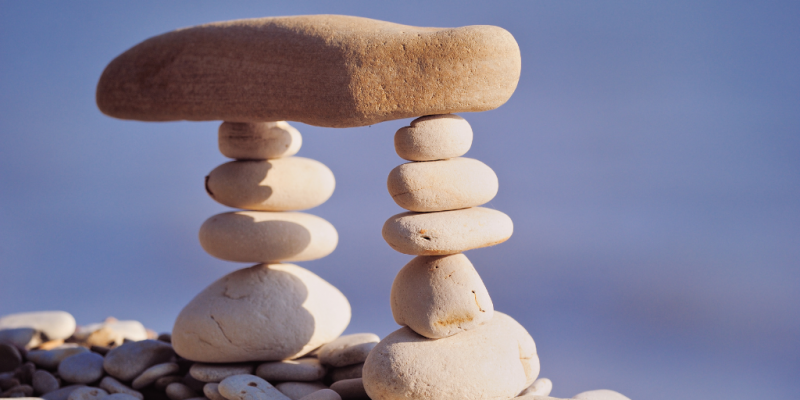 This concludes our recap of the top Drupal blog posts from March. We hope you enjoyed revisiting them!