Top Drupal blog posts from May 2019

May marked another important month for the Drupal community, with a new minor version of Drupal being released on May 1st and Acquia acquiring the open source marketing platform Mautic. In case you missed any of these important pieces of news, here’s an overview of the top Drupal blog posts from May.

Let’s start with the most salient piece of news - the release of Drupal 8.7.0. On the same day as it was released, Gábor Hojtsy already published a blog post presenting the new features of version 8.7.0 which also contained helpful information on what the release means for sites running on older versions.

One of the most notable novelties in this release is a stable Layout Builder, but the now stable support for JSON:API should also be mentioned, since it’s a key milestone towards making Drupal API-first. Other features include improvements in the experimental Media Library, revisionable menus and taxonomy terms, and a more accessible Umami demo showcasing a greater number of features out of the box.

This next post is very similar to the previous one in that it presents some of what’s new in the newly released 8.7 version of Drupal. This one, though, written by Wim Leers, focuses more on the improvements in the context of API-first Drupal (as the title already makes clear).

So, Drupal 8.7.0 has introduced improvements to both the REST and JSON APIs, with the latter receiving more and bigger improvements. One of the things that was fixed in both of these modules were the datetime and daterange fields, which now respect standards. While the REST module is still maintained on drupal.org, new releases of Drupal will only see new features for JSON:API.

Static searches with Drupal and Lunr

Moving on, we have a post from Samuel Mortenson’s blog on static search in Drupal with the JavaScript-based search engine Lunr. In this post, Samuel describes how he tackled the integration of Lunr with Drupal and what kinds of problems he encountered, one of the major ones being performance issues with large indexes.

Another usability problem were facets, since Lunr lacks the ability to search by complex conditions and condition groups. Samuel’s solution was to make two separate queries, one for the search terms and one for all the fields, then finding the intersection of both results. The Drupal Lunr integration is now ready to be tested and put to use, and Samuel encourages everyone to try it out.

The fourth post on this month’s list is Jacob Rockowitz’s Sponsor a Feature, in which he describes the process of sponsoring features of open-source projects. He starts with the four vital steps: communication, documentation, agreement and payment, and explains each of them in further detail.

The common understanding of open source as being free doesn’t mean that developers contributing code shouldn’t receive any payment. Sponsoring their work enables a greater number of people to start contributing while also making their work more sustainable.

Since companies also benefit from open-source software contributed by volunteer developers, it makes sense to sponsor the work of these volunteers. This in turn also strengthens and diversifies the entire community.

Next on our list, we have a five-part series of posts by Jay Friendly of Morpht exploring the Drupal 8 Configuration API. The posts in the series cover the basics of the API, how it works and how to use it, how to extend it with contributed modules, and how developers can manage, declare and debug configuration in custom modules.

Because Drupal is much more complex today than it used to be, with Drupal projects now running on multiple environments, consistent code should be used for all the site copies. Jay Friendly’s series gives helpful information on the Configuration API, making this effort easier. (Each post contains links to all the other parts, so we won't link all of them here.)

With Layout Builder becoming stable in Drupal 8.7.0, some previously useful modules have lost some of this usefulness and become a bit redundant. Saul Willers of PreviousNext gives the example of Display Suite, which is mainly used to position fields into layouts. Layout Builder now provides the alternative of using blocks to create layouts.

As for the use case of Display Suite to control field markup, a good alternative is the Element Class Formatter module used in combination with Twig templates. As such, when starting a Drupal Project from scratch, it makes sense to use Layout Builder together with other solutions instead of Display Suite.

Acquia’s acquisition of Mautic was great news for both Drupal and the broader open-source community. For anyone not familiar with Mautic - it is an open-source alternative to proprietary marketing automation platforms such as Adobe’s Marketo.

In this post, Dries stresses the importance of organizations having Digital Experience Platforms rather than simple websites and gives three main reasons why Acquia and Mautic are such a great match.

Namely, the two platforms share the same technology stack and business model. And, thanks to this acquisition, Acquia can now disrupt the marketing automation market as the only open-source solution. Additionally, since Mautic is loved by both marketers and developers, it’s more open to innovations via integrations, which makes for a better customer experience.

The last post from May that we wanted to include is Kalamuna’s The Giving Tree Called DrupalCon. For this year’s DrupalCon in Seattle, they decided to put the money that’s typically used for swag to better use and do something good for the environment instead.

To this end, they partnered up with One Tree Planted and sponsored the planting of 450 trees in parts of California that were damaged by forest fires. They got the Drupal community involved by inviting them to plant stickers on the wall of their DrupalCon booth, and every sticker then turned into an actual tree planted.

We love seeing examples of how we can make the world a better place by coming together. We wanted to round off this month’s list with one such example. Here’s to hoping that Kalamuna’s efforts inspire more people and businesses! 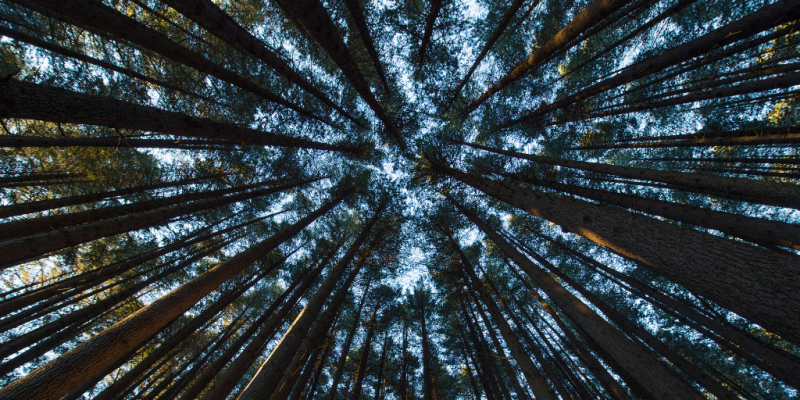 This was our selection of the most interesting Drupal blog posts and pieces of news from May. If you enjoy these recaps, make sure to check back early next month for a list of June’s posts. Till then - enjoy!