Check out our recap of our favorite Drupal-related posts from November and stay up to date with what’s going on in the Drupalverse.

We’re starting with the latest edition of Dries Buytaert’s “who sponsors Drupal development” blog post. Some of his most important findings are the overall increase in contribution, with an increase in sponsored contributions and a decrease in individual ones, which is very likely a consequence of the Covid pandemic.

The article provides a comprehensive breakdown of Drupal development and contribution throughout last year, complete with a look into the diversity of community contributions, both in terms of company and demographic diversity.

Dries finishes by addressing some of the main limitations of Drupal’s contribution credit system, but also reassures us of how important the recently formed Contribution Recognition Committee will be in overcoming them.

We continue with a kind of follow-up to Dries’s post, this one written by Gábor Hojtsy of Acquia. His post addresses some of the main findings from Dries’s report by going through the observations from a recent Acquia study on the sustainability of open source.

One of the most interesting of these is that community recognition serves as the main motivation for contribution, even greater than monetary gain. Another important observation, also made by Dries himself, are the shortcomings of the contribution credit system.

Probably the most important finding, however, as the title of Gábor’s article already points out, is that the sustainability of open-source projects depends both on individual and sponsored contributions.

Your essential update on Drupal’s roadmap

The third post we’re including on this month’s list is Cyber-Duck’s overview of important milestones on the Drupal project’s roadmap for 2021 and beyond.

In the first section, they cover the end-of-life dates for Drupal 7 and 8 as well as the reasons for them, then continue with the release schedule for minor versions of Drupal 9 and Drupal 10 in the second section.

They follow that up with some of the features of the latest versions of Drupal that would make migrating from 7 a very wise choice, then finish with a short overview of the top priorities for the next stages of Drupal’s development.

What is a headless CMS and when should you consider using one?

This next post about headless CMS is not specifically about Drupal, but we decided to include it nonetheless due to Drupal’s high-level headless capabilities and the fact that it’s just a great post.

The author of the post, Nomensa’s Kurtis Rogers, begins with a short explanation of what a headless CMS is and then a breakdown of its benefits, the top one being significant performance improvements thanks to fewer requests being made to the server.

In the last part of Kurtis’s post, he takes a look at which use cases benefit the most from using a headless approach, then closes with the flexibility it provides to your content.

Moving on, we have another interesting post, written by Dylan Rieder of Digital Echidna. Dylan discusses an interesting client challenge of their middleware suffering from both poor SEO and a poor user experience.

They managed to solve all of the resulting issues by transitioning from WordPress to Drupal in combination with an Angular front end with search functionality embedded right in the content. This enabled the content to both be searchable on the website itself and crawled by Google algorithms.

Dylan also includes a link to a video recording of their DrupalCon presentation of the implementation, for anyone who prefers watching and getting more in-depth information.

Read more about improving SEO with Drupal and Angular

Drupal 8 to Drupal 9: The Easiest Major Upgrade in a Decade

Another Drupal article we enjoyed reading last month was Acro Media’s Josh Miller’s writeup on the upgrade from Drupal 8 to 9. You first need to know what version of Drupal your site is running on in order to determine how difficult the update will be and when you should tackle it.

In the second part of his post, Josh presents some reasons for moving to Drupal 9, with the number one being the very straightforward upgrade path. He finishes with three tips for a smooth upgrade: making sure your current version of Drupal is up to date, using Upgrade Status to check if you’re ready, and using Drupal Rector for custom code.

Read more about the Drupal 8 to 9 upgrade

How to Secure Your Website: An Intro to Drupal Security

Next up, this article by Mediacurrent’s Tara Arnold provides a great introduction to security in Drupal. In Drupal’s care, the community is responsible for a large portion of security support. Not only does a high number of active contributors ensure less errors, Drupal even has a dedicated security team that’s focused on resolving security issues.

What’s more, since Drupal is the top choice for important organizations and global enterprises, security must always be kept a top priority. Tara finishes her article with some security best practices for Drupal developers: selecting the right modules, using Drupal APIs and keeping up with Drupal’s weekly security advisories.

Read more about security in Drupal

Last but not least, we’re including an article by Jim Vomero of Four Kitchens in which he discusses the importance of a good back-end design and hence a good editorial experience for a CMS such as Drupal.

One of the first points Jim makes is that UX best practices should also be followed when designing the back end of the website, just as much as the front end. In Drupal, you’re able to leverage its flexibility to customize the back-end experience for different user roles.

Still, the most important factor in designing a good experience for site builders and content editors is just working alongside them, acknowledging their feedback and making optimizations according to their needs and pain points. 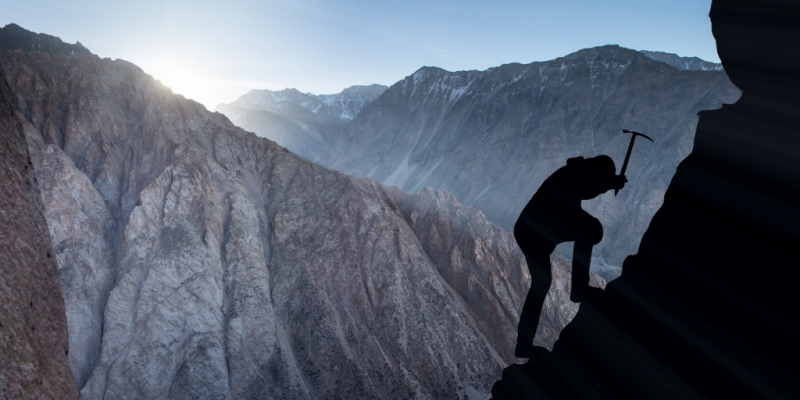 We hope you enjoyed revisiting the top Drupal articles from November. We’re wishing everyone a pleasant holiday season and we’ll see you all next year!