November has arrived, and, with another successful European DrupalCon in the books, it’s time to start planning for the upcoming big things in Drupal and further developing on ideas the ‘Con has inspired. Before you do, however, take a look at our recap of last month’s top Drupal-related posts for some additional inspiration.

Decoupling the front-end without APIs and JavaScript

Let’s begin with a blog post about a trend in web development that has been gaining a lot of ground recently: a “decoupled” approach to developing websites and applications, which Drupal is perfect for.

Yet this blog post by Aleksi Peebles doesn’t touch upon decoupling in the traditional sense, that is, by using APIs and JavaScript, but instead proposes a different, lesser known way to decouple your website’s front end from Drupal.

A decade of Drupal

Next up, we have ComputerMinds’ James Williams’ recollections of his ten years of working with Drupal. He takes a look back at the digital landscape when he started out with Drupal and notes how things have significantly changed over the decade that has passed in the meantime.

One of the most obvious changes that he has witnessed is the transition from smaller to enterprise-level projects. Even though (or perhaps especially because) the word ‘enterprise’ holds a slightly negative connotation in the Drupalverse, the best thing for the community is to embrace this change and be honest about it.

The Drupal community is known for being one of the most inclusive and diverse in tech, but the speakers at Drupal events still predominantly come from privileged groups, and as such, there's still a lot more we can do.

As a very community-centric organization, Pantheon has teamed up with Drupal’s Diversity & Inclusion group and organized workshops aimed at improving the public speaking skills of people from underrepresented groups.

In her blog post, Pantheon’s Community Developer Manager Tara King invites all Drupal event organizers who want their events to be more diverse to attend a training workshop which will help empower these underrepresented people in their communities.

For those who haven’t been following - Drupal’s issue credit system, although an excellent way to recognize and reward active contributors, can be (and has been) exploited to amass a huge number of credits and thus unfairly raise the visibility of both the individual contributor and the company they represent.

This blog post by Tim Lehnen of the Drupal Association then announces a tune-up of the contribution credit system: issues on the more highly used projects are now weighted higher, while those on lesser used projects are worth less. This is just a minor update, and a more complete overhaul of the credit system is planned for the future.

Why Kanopi is a Value-Driven Organization

While not exactly a Drupal-specific post, this next one, written by Kanopi Studios’ Anne Stefanyk, offers such a great insight into a successful value-driven organization that we just had to include it as an inspiration.

Kanopi Studios is based around seven fundamental values which aim to provide the best possible experience to both their employees and the clients they work with, truly showcasing how clearly defined - and followed - values result in a successful business.

It seems, then, that Kanopi has managed to accomplish at least half of the mission initially envisioned by Anne. We hope the other half - the treehouse - is able to be realized one day as well!

Should You Jump Ship Before Drupal 9?

Moving on, this post by Third and Grove’s Justin Emond addresses and appeases some of the main concerns regarding next year’s Drupal 9 release. Since an upgrade to a new major version of a CMS is considered a difficult endeavor, many people might be considering just migrating to a different CMS altogether - but Justin advises against doing so.

According to him, as well as several other sources (including Dries), the upgrade from 8 to 9 and all subsequent versions will be significantly easier than upgrades between any previous versions. Justin suggests thoroughly assessing your needs before deciding on a new CMS.

Drupal Migration Does Not Have to Be Scary

Similarly to the previous post by Third and Grove, this one also addresses the concerns readers might have with regards to migrating to a newer version of Drupal.

In this post, Promet Source’s Gena Wilson outlines which six steps to take to execute a migration as smoothly as possible. These are: auditing existing content; taking analytics into account; auditing modules; assessing the site’s theme; identifying any complexities; and, lastly, determining if an automatic migration tool is a good choice for the website.

Since the Drupal 8 to 9 migration will be focused on backwards compatibility, Gena argues that already migrating to 8 now is definitely worth it.

What the Heck is ARIA? A Beginner's Guide to ARIA for Accessibility

In the last post on October’s last, Kat Shaw of Lullabot takes on the concept of ARIA (Accessible Rich Internet Applications) and discusses how the effective implementation of the WAI-ARIA specification can improve accessibility.

She outlines ARIA’s capabilities and some of its most common use cases, as well as five specifics rules for using ARIA.

The second half of Kat’s post then focuses on Drupal’s use of ARIA and accessibility, also listing some useful contributed accessibility modules for Drupal. She finishes by addressing some confusions of ARIA use and providing some additional resources to learn more about ARIA. 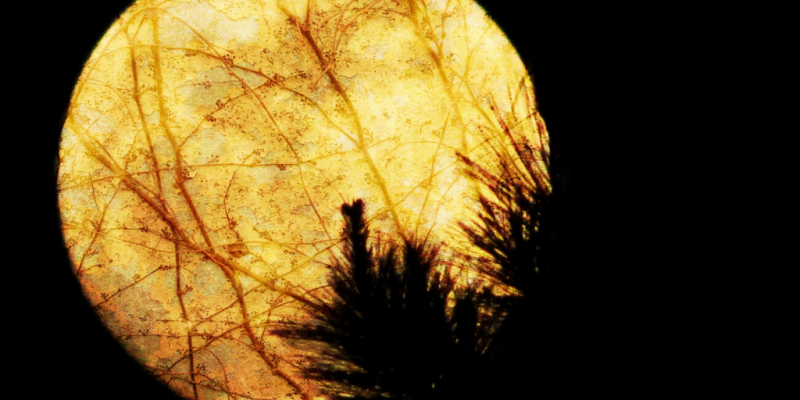 This concludes our list of October’s top Drupal blog posts. If you enjoyed the read, feel free to further explore our blog - we cover a lot of different topics, from everything Drupal-related to business, content, UX and more, so you’ll definitely find something for you.