First off, we have Dries’s recap of his State of Drupal keynote presentation delivered at DrupalCon Europe. He started with the most pertinent topic, namely, the looming end-of-life date of Drupal 8 and the slightly more distant one for Drupal 7. He also gave an update to the timeline for Drupal 10, which is scheduled for release in summer of 2022.

A major part of the keynote was dedicated to Drupal’s strategic initiatives. Most of them have made considerable progress, especially the new front-end theme, decoupled menus and easy out of the box. The final part then looked at the state and health of Drupal contribution, closing with emphasizing the need for welcoming and empowering new contributors.

Read more about the state of Drupal

Benefits of Using Drupal to Create a Website with AI Capabilities

Moving on, this post by Diana Hope on SmartData Collective’s blog explores the benefits of using Drupal as the foundation for websites and platforms that make use of AI capabilities.

As Diana points out, Drupal has long been used to power ecommerce experiences, but leveraging AI can now greatly streamline those experiences - namely, through marketing automation, better analytics, content personalization and an optimized customer service.

She highlights two common use cases where this is a great fit. Multilingual websites can leverage machine learning to optimize translation workflows, while chatbots are a more and more prominent strategy used by brands to enhance their customer experience.

Read more about using Drupal for an AI-powered website

In the next post on the Pantheon blog, Murray Woodman of Morpht breaks down 4 key features of Drupal 9 that have taken the framework to the next level in terms of enterprise digital experiences.

The first one is API-first architecture, an absolutely essential feature in a landscape where integration is so important. Also key is the enterprise-grade platforming which ensures a great performance of Drupal 9 websites.

Another great read from October came from Shefali Shetty of Specbee. Her post provides comprehensive information on the Drupal 10 release timeline and the steps necessary for achieving Drupal 10 readiness.

Drupal 10 is scheduled to be released next year, within a June-November window. The reason for the fast upgrade, just 2 years after Drupal 9, is that the various dependencies of Drupal 9 are now being updated, with their older versions deprecated.

Shefali provides a number of helpful tips and tricks for preparing and upgrading, before concluding with a list of key updates from the Drupal 10 Readiness initiative.

Eight days to go until Drupal 8 EOL: adopt a module!

The fifth post comes from Gábor Hojtsy and was part of his “countdown to the end of life of Drupal 8” series. In this particular installment, he encourages contributors to “adopt” abandoned Drupal modules by becoming their (co)maintainers in order to make them Drupal 9 compatible before Drupal 8’s end of life.

Due to contributors’ limited availability, a lot of Drupal 8 modules are left neglected and end up falling behind. The Drupal Association decided to speed up the process of obtaining their (co)maintenance by automatically opening up issues in the queues of the projects in question. Gábor’s post shares the other steps necessary for becoming a module co-maintainer.

Next up, we have another post written by Dries, this one being an expansion of the contribution section from his keynote of how Drupal development was sponsored between 2020 and 2021.

He observes that the overall number of contributors has fallen in this period, which he attributes to a new concept he calls the “Drupal Super Cycle”, as well as to the impact of Covid and the subsequent growth of a lot of Drupal-based companies.

Like every year, the post is a comprehensive breakdown of the top contributors and the community diversity. Dries also includes a final section which functions as a disclaimer for the limitations surrounding the contribution credit system.

Since Drupal just reached its end-of-life date yesterday, let’s include one more blog post about it. Naturally, there have been a lot of similar posts lately (see Gábor Hojtsy’s post above), but we ultimately decided to include this one by Jay Goldbach of Unleashed Technologies, which begins with the kicker thought: “Change is the only constant in life."

Jay explains what “end of life” even means for a piece of software before diving into the specifics of Drupal 8’s end of life. He breaks down what the upgrade to Drupal 9 will include and follows that up with some more general info around the upgrade, e.g. what happens if a site owner hasn’t yet upgraded before the EOL date.

Mike has been an extremely active member of the Drupal community for over 13 years. Not only is he the initiative lead for Olivero, Drupal’s new default front-end theme, he’s also the maintainer of the Quicklink module and the main organizer of Florida DrupalCamp, in addition to hosting the Lullabot podcast. Definitely an excellent choice by the community!

Read more about the At-Large board election results 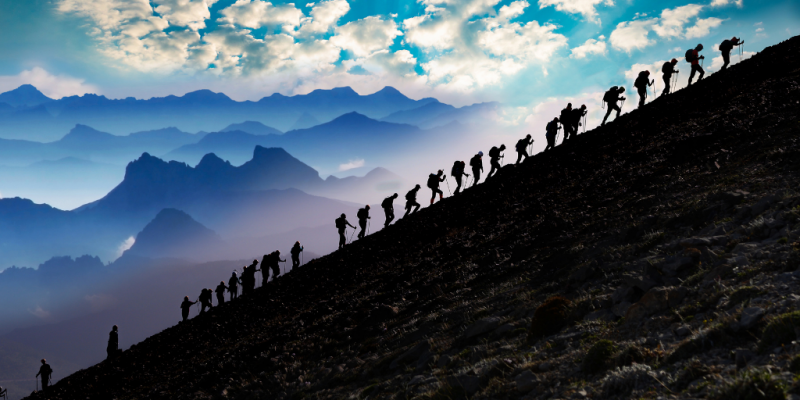 That’s it for this month’s recap of our favorite Drupal articles. Stay tuned for more insights on Drupal and digital experience!