Check out our recap of the top Drupal articles from September and get up to speed with some of the project’s latest developments.

We’d like to begin this month’s recap with a blog post by Lullabot’s Jared Ponchot and Jen Witkowski in which they describe the process of creating the new default front-end theme for Drupal 9 dubbed Olivero.

The Lullabots initiating the project, who were also its first stakeholders, set three prerequisites that the new theme would need to fulfill: a fresh new design; support for latest and upcoming Drupal features; and accessibility compliance.

Other key considerations included defining the stakeholders and the audience, and developing Olivero’s visual identity. The authors of the post highlight some of the main challenges with the latter before finishing with a look into next steps for the theme.

Testing Composer 2 RC1 with Drupal 9: huge memory and time savings; and what does it mean for Drupal

The next post is Gábor Hojtsy’s takeaways from testing the release candidate of Composer 2 with Drupal 9. He tests the performance differences between Composer 1 and 2 when installing Drupal 9 and adding/removing a module, with Composer 2 displaying significant improvements in all the use cases, with memory usage dropping to as low as 1% with the latter example.

In the second part of the post, Gábor breaks down how Composer 2 will impact Drupal. The number of Drupal projects utilizing third-party dependencies is growing, and thus also the usage of Composer. He also points out that one of Drupal’s key initiatives, Automatic Updates, is planning on including Composer 2 compatibility.

Drupal 10 Is Coming, and Much Sooner Than Expected—But That’s Not a Bad Thing

Moving on with our list, we have Mike Lutz of Four Kitchens giving an overview of Drupal 10 slated for 2022 and why we’re getting a new major version so soon, with Drupal 9 having the shortest release lifetime out of all major Drupal versions.

Mike starts off with Drupal 7, the recent updates to its end-of-life date, and what this means for site owners. The Drupal 10-specific section then focuses mostly on Drupal 10 readiness, where the key thing is keeping up to date with third-party dependencies, the most important one being the PHP framework Symfony, which receives a major update every 2 years.

Fourth on this month’s list, this post by Angie Byron (also known as webchick) shows how you can use two different Drush versions simultaneously to compare the features and performance of a Drupal 7 and Drupal 9 site (the latest Drush 10 only works with Drupal 8.4+, so an older version is needed to gauge the D7 website).

Angie describes how to install Drush 8 globally and how to install Drush 10 as a dependency with Composer. She also includes a “troubleshooting” section in which she addresses some potential issues (e.g. the counter-intuitive fact that installing Drush Launcher causes Drush 8 to no longer work).

Read more about using both Drush 8 and 10

Another post from September we’d like to mention is David Rodríguez’s review of Daniel Sipos’ book “Drupal 9 Module Development”.

David gives some background on Danny and his book, stating right away that, while being essentially the “Holy Bible” of Drupal development, it contains a lot of advanced examples which likely require some prior experience with Drupal, so it may not be suitable for beginners.

Apart from that, David provides some more information on the book, e.g. which APIs are covered in it, and he even includes a short FAQ-like section with some essential bits of information before giving his final rating.

5 Reasons to Use Drupal vs. WordPress

We like unbiased comparisons of Drupal and WordPress, and this one by Mediacurrent’s Rob McBryde fits that description. While the aim of the article is still to highlight the reasons to use Drupal over WordPress, it does honestly talk about the areas where WordPress outperforms Drupal.

So, the five factors Rob takes into account and discusses are: functionality, flexibility, ease of use, security and cost. He highlights the intuitive editing experience of WordPress, but also that Drupal has been catching up recently. Ultimately, WordPress is an excellent choice for smaller businesses with a lower investment in development, while Drupal is great for more complex enterprise-level projects.

Read more about Drupal vs. WordPress

Assessing your Drupal 9 Readiness, Part II: Who is afraid of contrib modules updates?

In the next article, Gabriele Maira of Manifesto dives into the topic of updating contributed modules in order to prepare your site for a migration to Drupal 9.

He recommends spreading out the process between three phases: upgrading the modules within your Composer constraints first, then upgrading the remaining ones which have a Drupal 9 compatible release, and finally fixing everything that’s left after these two steps.

Gabriele also provides helpful time estimates for each specific phase, further breaking the phases down into tasks. Phase 3 is particularly interesting and requires the most work, as here you’ll likely have to make your own adjustments to modules that are not quite there yet or even write your own custom solutions.

We finish September’s recap with an article by Palantir’s Tiffany Farriss in which she shares her experience with and reflections on the governance of the Drupal Association and the recent changes that have been spurred on a lot of discussion in the community.

Tiffany gives background on the DA as an organization, and how it transitioned from the Belgian Drupal VZW to the better-known DrupalCon. As she states, the concept and meaning of “community” were not revisited while undergoing this transition, which is likely among the main causes behind the Drupal community’s reaction to the recent changes.

She finishes her article with some proposals for next steps to take to improve the governance from the Association’s side and its relationship with the community. 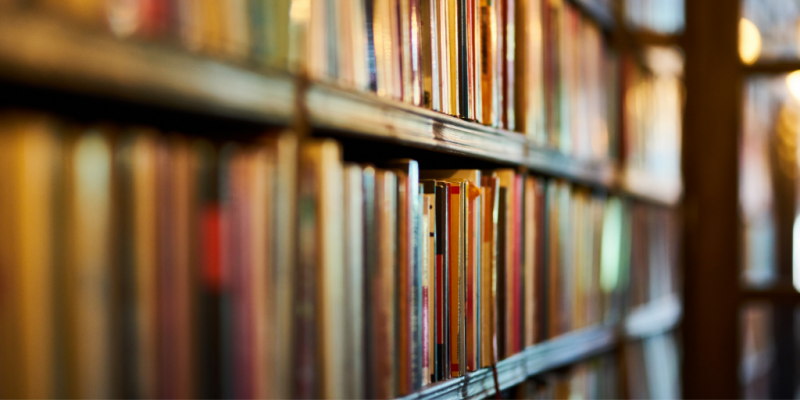 We hope you were able to find some interesting reads, especially if you’re still or are about to be again stuck at home. Stay safe and tune in next month for a recap of October’s posts!