As our readers from the Drupal community no doubt very well know, Drupal 10 was released yesterday, December 15. Here in Slovenia, we haven’t had a Drupal meetup in ages (full disclosure: even before Covid) and so when Aleš Rebec reached out to see if we’d be interested in sponsoring and helping with the organization of a D10 release party, it was a no-brainer to do it.

The event took place on Wednesday, December 14, which was the originally expected release date of Drupal 10. A lot of planning and organizing took place, from inviting and synchronizing speakers, to securing drinks, snacks and of course the must-have Drupal 10 themed cake.

But you can’t just organize an event and expect everything to run smoothly all the way through. It was just our luck that our event organizer fell ill on the exact day of the event, which could have been a major issue – if it weren’t for the strong Agiledrop team spirit and culture of collaboration, of course.

Different team members jumped in and took care of different event tasks, and so we had everything ready to go long before the speakers and guests started arriving. A few of us then decided on an impromptu “AgileFood” and ordered pizza, as it was still quite a long time to go until the snacks would arrive.

Even though the crowd wasn’t huge, it was a great mix of new and familiar faces, with guests consisting of current and past Agiledrop employees, people who have attended our Drupal workshops, and others we’ve known from past meetups and the local development community. It was fantastic seeing and (re)connecting with everyone, especially on such an important occasion. 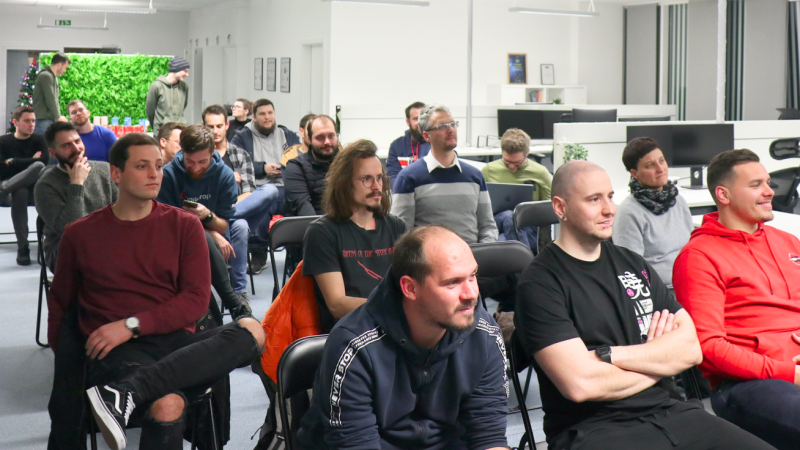 We had three guest speakers: Aleš Rebec, co-organizer of the event, who spoke about what’s new in Drupal 10 and why it makes sense to use Drupal; Lio Novelli, who shared tips and tricks for streamlining your code; and Janez Urevc, who presented 8 frequent performance audit pitfalls and how to deal with them.

It was an excellent mix of topics that featured something for everyone in the room, even those who maybe aren’t currently involved in a Drupal project. The talks themselves were engaging, with a lot of questions from and interaction with the listeners. 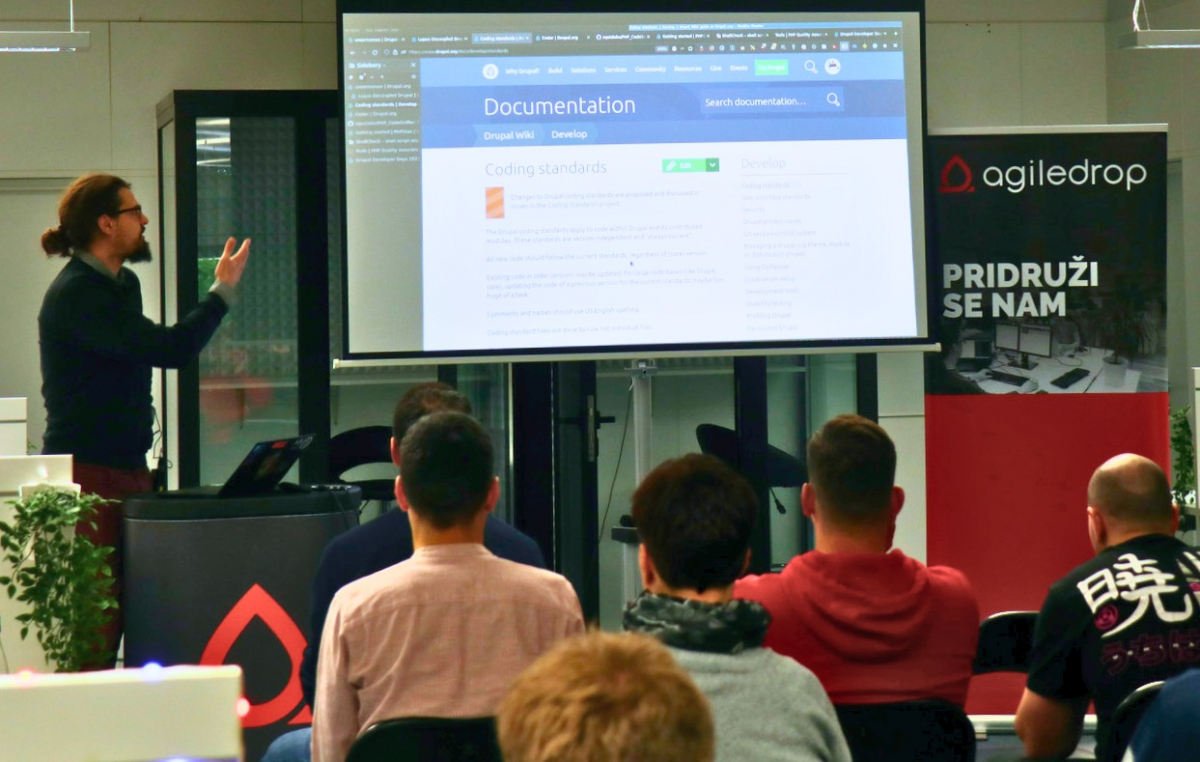 After the talks, it was time for some mingling over drinks and snacks – which, let’s be honest, is one of the main appeals of meetups like these, even with all the great presentations.

The best part here, of course, was the Drupal 10 themed cake we had ordered. Not only was it picture perfect, it was also delicious and even refreshing – the ideal way to top off the meetup. 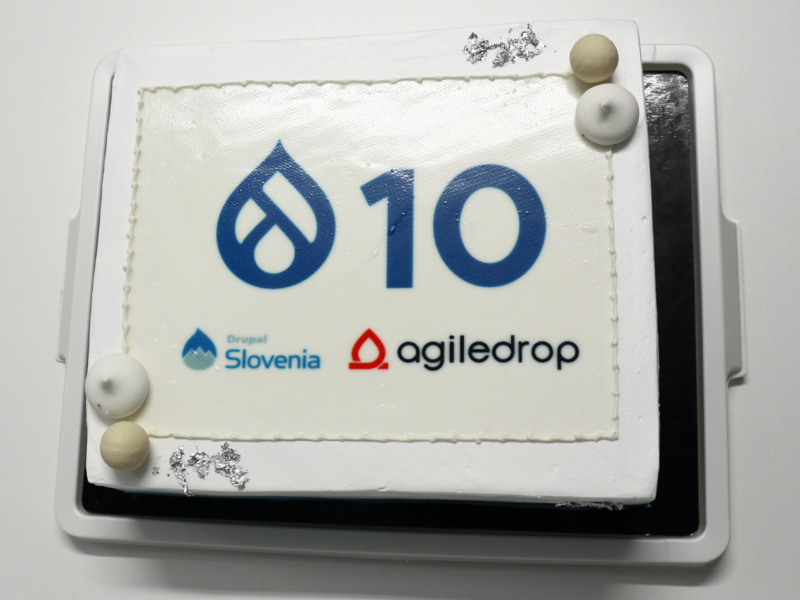 After everyone ate their slice of cake and we cleaned the offices, the guests gradually started to leave, as did our team members who all wanted to preserve our strengths for the office Christmas party which is taking place later today (stay tuned for photos and impressions from this one as well).

All in all, the event was the perfect way to revive Drupal meetups here in Slovenia. We promise we won’t wait until the next major release for the next meetup – see you soon!