Agiledrop’s first in-person event after more than two years is behind us and I have to say it feels really good to meet people live and chat. As this was my first in-person Drupal event (I’ve only attended online events since I started working in Agiledrop in the summer of 2020) I was full of anticipation and uncertainty about what to expect.

We arrived the day before, on Sunday, late in the evening, so we got our batteries fully charged for the official start the next day. Monday was there in no time and it was wonderful to see so many smiling faces across the Odisee Technologiecampus. My colleague, Aleš, took on the role of introducing me to some familiar faces from the community. Later that evening, we attended a social event in the center of Ghent where everybody got a chance to relax and meet other community members over drinks. 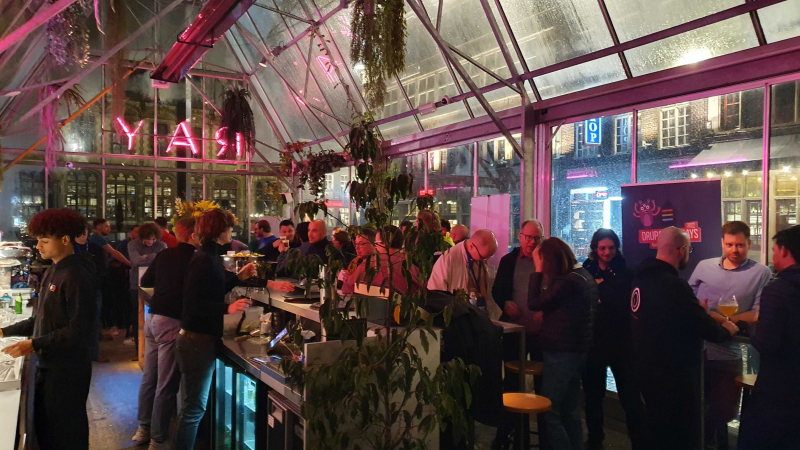 Tuesday got even more visitors than the day before. After the program ended in the afternoon, we met up at the Castle of the Counts where we enjoyed some live music along with some delicious food and beverages. Then it was already Wednesday and the day went by very fast. There were a lot of insightful sessions during the day and a board game event later that evening. Thursday was the day we had to head back to Ljubljana and say goodbye to everyone (until the next event which is just around the corner).

An important part was also taken by the sponsors, with Agiledrop also playing our part as Gold sponsors. Fun social activities such as darts and interactive Drupal quizzes regularly took place and it seemed that attendees were enjoying them a lot. The sponsor area was the central gathering point during the breaks and it was really nice to see the crowd interacting with sponsor representatives.

Overall, the event was brilliantly organized and everything was proceeding smoothly, from start to finish. A big hat off to all the organizers and volunteers who made this event possible. Everyone I met seemed very open, helpful and positive. I’m definitely looking forward to the next Drupal DevDays event! It looks like we’ll be doing quite a lot of traveling this year which brings a lot of joy after attending all the events virtually for the past two years. 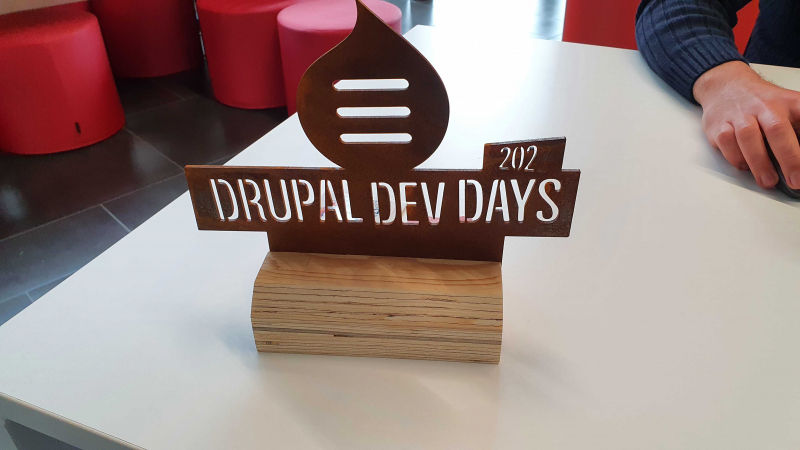 Agiledrop’s next stop will be in Portland, which is starting next week on Monday, in just a few days actually – DrupalCon North America 2022 will take place and I’m just as excited for this one! Will I see you there?