At Agiledrop, we do what we can to support and grow the local Drupal community as well as contribute on a more global scale. As such, we were honored to be one of the Gold sponsors for this year’s DrupalCamp London after being Tote Bag and Tea and Coffee sponsors last year. Coincidentally, a part of our team held a free Drupal course in our Ljubljana offices this weekend, while a few of us were up north representing Agiledrop at the DrupalCamp.

The DrupalCamp in London last weekend was not just my first DrupalCamp, but actually my first Drupal event of any kind. Having just joined Agiledrop in December of last year with very little experience in marketing and development, I was a bit nervous about going to the event and meeting some of the brightest tech minds of today - but I knew I was in for an unforgettable weekend.

Aleš and Iztok at our booth. You can even see my reflection in the background!

After setting up our booth at the venue and getting some much-needed coffee, it was time for me to mingle and start meeting people. I almost immediately learned that my nervousness was completely unjustified, since everyone I talked to was super friendly and inclusive. This is a natural reflection of the essence of the Drupal community: it is one based on inclusivity and acceptance, giving everyone who wants to contribute the chance to do so within their own capacity.

Nonetheless, even with this awareness, it was not a piece of cake to approach and introduce myself to people whose blog posts I’d read or whose videos I’d watched. One of the first people I got the courage to talk to was Helena of Lullabot - despite not being a developer or a designer, I absolutely loved her presentation on accessibility at DrupalCamp Florida, and I just had to tell her that!

For me, this welcoming attitude of people within the community is the best thing about Drupal and consequently it was the best aspect of the event itself. It is this attitude that gives us newcomers the motivation to strive to make Drupal better for everyone and makes us realize that our fresh and inexperienced perspective can actually benefit Drupal and its community.

Here I’d like to give a shout out to Paul Johnson of CTI Digital. He was actually the one person who motivated me to start thinking of ways I can contribute without worrying about my lack of knowledge. I was very excited to meet Paul and I attended both of his Saturday sessions. The afternoon one was a presentation of the Promote Drupal initiative and it also included a short workshop where the group brainstormed ideas on Drupal’s unique selling point.

This meant that I actually got to contribute to Drupal at my first Drupal event ever! And the way in which the workshop was conducted ensured that even a seemingly insignificant idea was given equal attention and perhaps served as inspiration for someone else’s idea. In this way, every voice was heard, and the combination of different mindsets and skill levels yielded a much better result than someone trying to tackle the issue on their own. 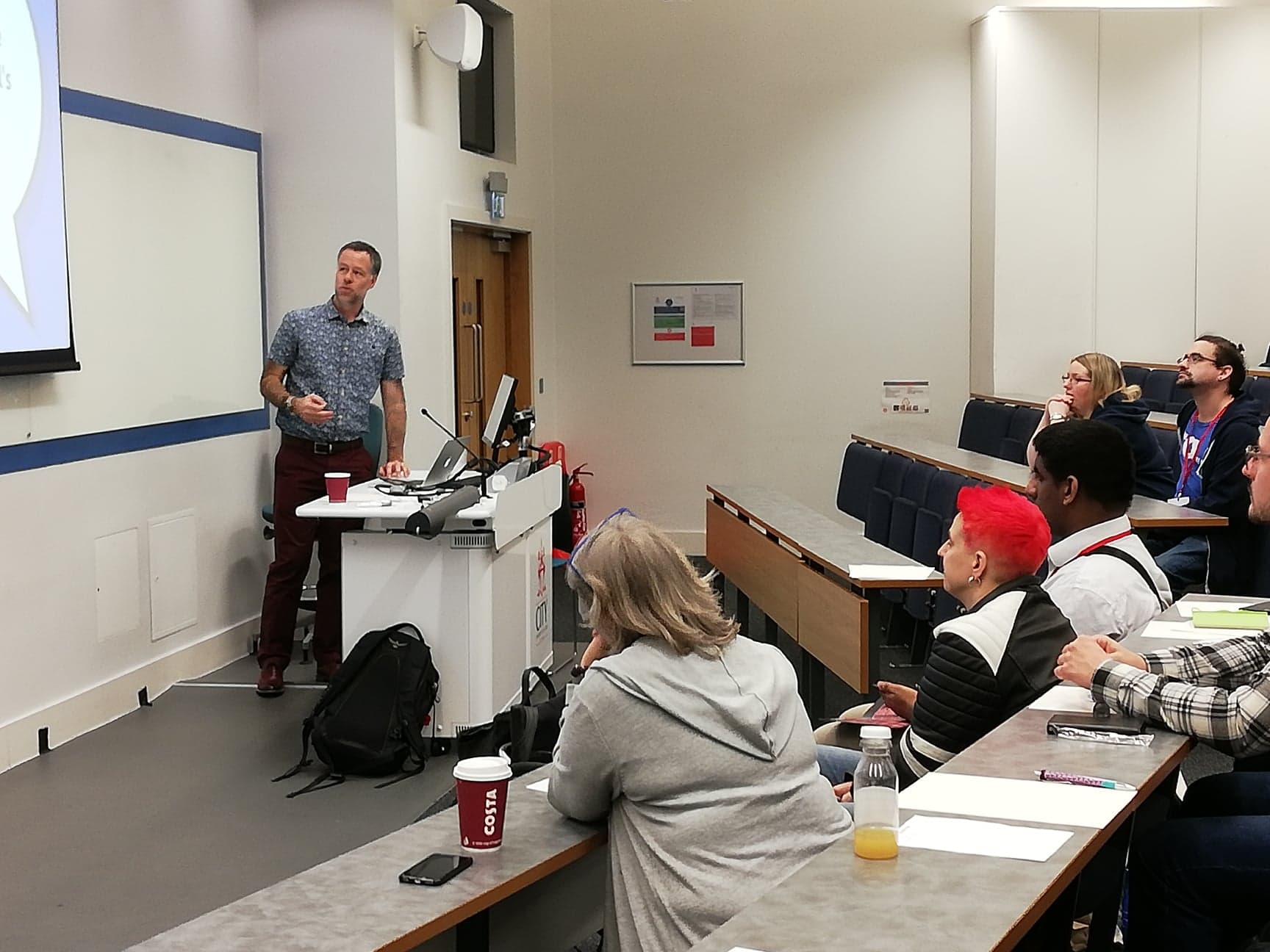 Paul Johnson giving his talk on the Promote Drupal initiative

The next morning, I attended Preston So's keynote speech on decontextualizing content in order to keep up with new and emerging technologies. I must say I was completely blown away by Preston’s mastery of language and the abundance of experience he has on the subject. His speech encompassed all aspects of Drupal, from development to marketing and sales, and contained meaningful insights on the future of Drupal as a decoupled system.

Being a linguist myself, I couldn’t resist running after Preston when his lecture was finished and introducing myself to him, babbling about how I’m a total Drupal newbie, but how his talk was just completely inspiring (I actually got goosebumps at some point during his lecture). Thanks to Preston, I believe I now have a much better understanding of Drupal and all its capabilities, consequently being more aware of my place within the community and the extent to which I’m able to get involved. 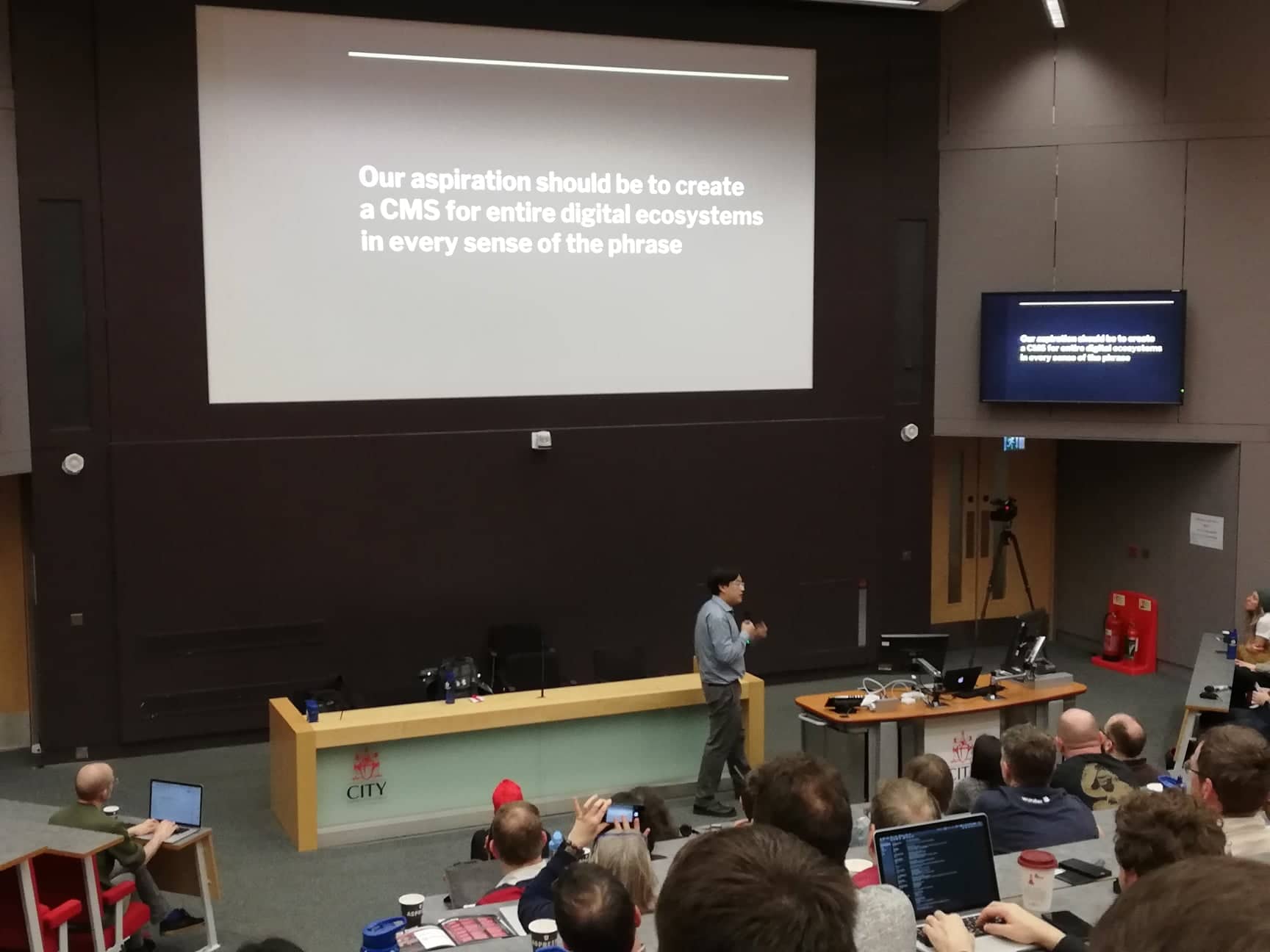 It’s not easy to honestly relate such an unforgettable experience, so these were just some of the highlights from my first Drupal event. The best thing about the weekend was definitely getting first-hand experience of what it’s like to be part of a community as welcoming and accepting as Drupal is. I’m sure that my next Drupal event will give me a chance to do and learn even more, and I’m already looking forward to it. Big thanks to the DrupalCamp London team and to everyone there for ensuring a great experience for all of us! 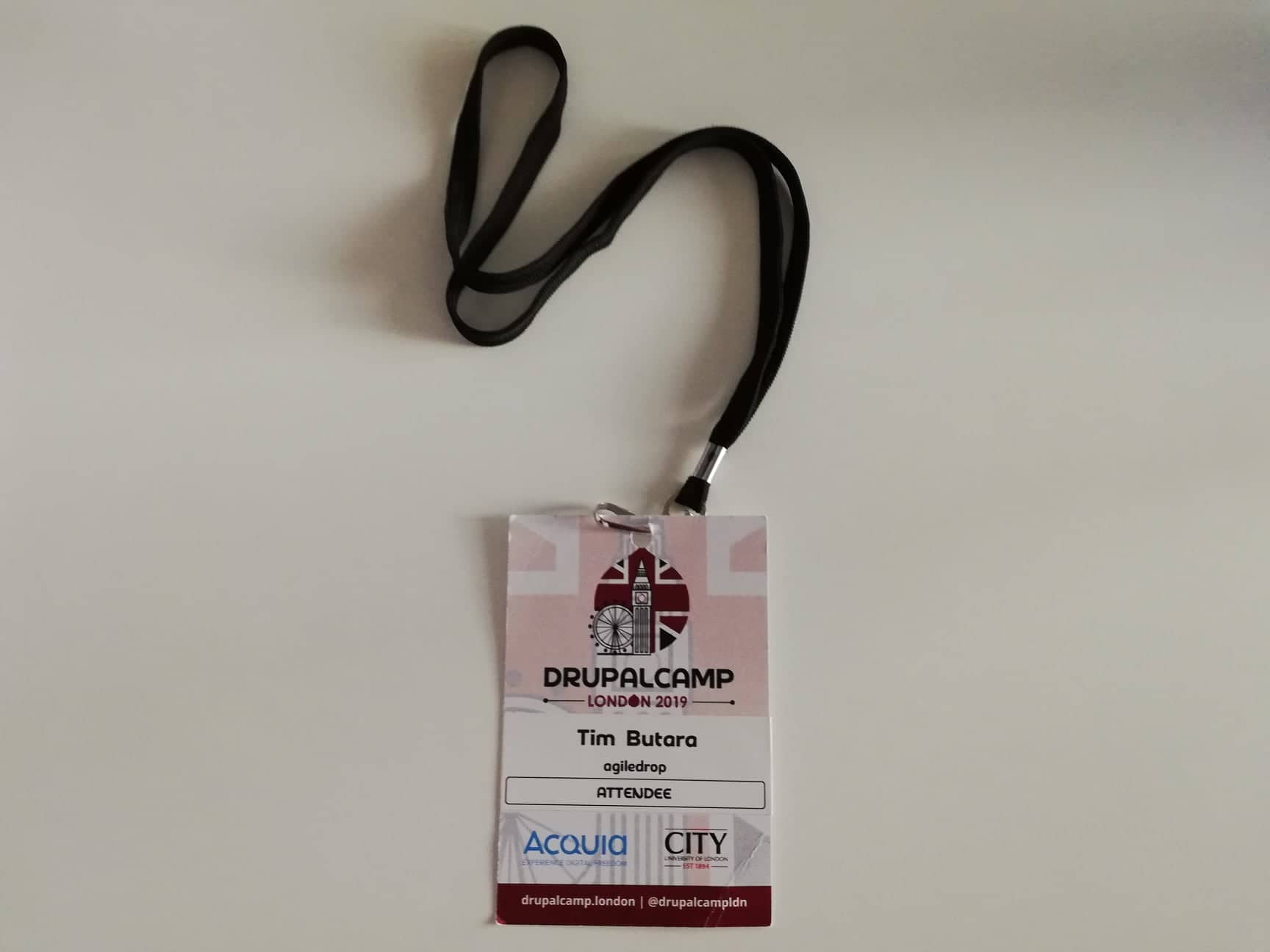