Published by Tim
on 27 September 2019
in Drupal 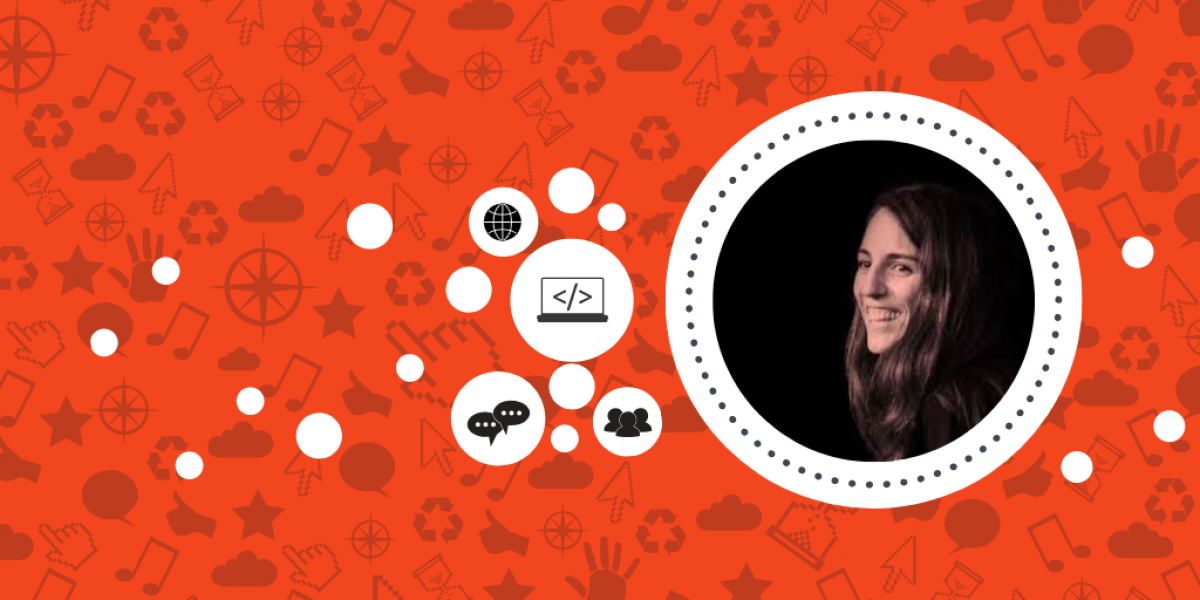 For our latest interview, we chatted with Cristina Chumillas, front-end developer at Lullabot, designer, and one of the coordinators of Drupal's Admin UI and JavaScript Modernization initiative. Give it a read to learn more about Cristina, the supportive and welcoming attitude of her colleagues at Lullabot, and her work on modernizing Drupal's administration UI.

I am both designer and front-end developer, and in the Drupal community right now I’m a core usability maintainer and co-organizer of the Drupal Admin UI and JavaScript Modernization initiative. Apart from that, I’m helping in the local community here in Barcelona; professionally, I work for a Drupal agency as a front-end developer, and then on the admin UI I’m mainly helping out as a designer and managing a little bit.

I actually just started a job at Lullabot about three weeks ago. I previously worked at Ymbra, one of the oldest Drupal companies here in Spain, but now I’ve moved over to Lullabot. I’m really enjoying the kinds of projects and learning how we do everything. I’d been at the same company for 5 years, so any change that I wanted to see I had to do by myself.

So, right now, it’s really great seeing how other teams get organized; Lullabot is a distributed company, so it’s great to see how they’re super used to these kinds of situations where you don’t really get to get in real contact with people. They have a lot of alternatives to make you feel welcome and to help you get to know other people on the team.

I have to say that before joining Lullabot I already knew some members of the team, and I knew that they’re very nice people. But now that I started I have to say that most of the people there really take into account that you’re a little bit lost when you’re starting out, so everybody’s super nice. They know how you feel and how to act because they have been in the same situation before.

One of the people with whom I worked most closely during the aforementioned Drupal DevDays was Pedro Cambra; he was actually one of the people that put me in contact with the Drupal Association when DrupalCon Barcelona was going to happen. They asked him to be the local contact for the community, but since he was moving to - I think - London at that time, he put me in contact with them.

Thanks to that, I helped first Stephanie, then later Amanda to come up with some things around Barcelona, helping them find locals and places to have parties, these kinds of things - essentially helping with the organization. I would say that DrupalCon Barcelona is one of the happier moments or one of the moments that I remember the most, because Pedro came and also helped during the ‘Con, and after a full year of working with Amanda I finally got to know her.

Fun fact here: I was talking with her in English and my English at that time was really bad. Before getting to know her in person, I was growing nervous, thinking “Oh my God, this is going to be the moment that I have to speak in English”, but when I got to meet her, she said “Hola Cristina!” - she was speaking in Spanish! At that moment I realized I had been talking in English for a full year with someone that I could have otherwise understood perfectly. So, in a way, she totally helped me take my English to the next level.

It depends if they’re technical people or if they aren’t in the tech industry. If they are, I just say “an open source CMS” and that’s all. When they don’t know what I’m talking about I usually say “just like WordPress but on a different level”.

If I’m talking with someone that has no idea about that, I usually say “I make websites, but not the websites for the bar around the corner, bigger websites”, I don’t try to explain more than that. Because you can see websites that take a team of, let’s say, 5 or 10 people working full-time one or two years to complete, and then you have the small websites, e.g. for a small local business. Both are websites - how do you explain that difference to people who aren’t in tech?

Looking back to when I started out, I would say Drupal has evolved into something more professional, more high-level or more enterprise (that’s the word!). I actually wouldn’t be able to start with Drupal if I had to take the same path right now. So that’s actually one of the big differences today, the way people start with Drupal, it’s not like freelancing anymore.

And about Drupal’s future, I think just like everything is different today than it was 8, 10 years ago in the website industry, we have a lot of different levels right now that we didn’t have some years ago.

I see the future of Drupal having to choose which of these next levels we’re going to focus on, because we’re seeing a lot of new technologies and trends; a lot of projects are decoupled right now, the internet of things is something that’s going to be here in no time, and a lot of people expect to have the content everywhere.

So, Drupal will need to put itself in a place that can actually give access to that content everywhere; where exactly is going to be Drupal’s place in this situation, I don’t know. But that’s the need that we’re going to have in the future, so Drupal will have to quickly evolve to make that possible.

I think there are a lot of smart people working towards these features, these needs, e.g. everybody working on the API initiative and other related initiatives. There are a lot of smart people that know how to do these things and I’m pretty sure that if there are such people investing their time, it can happen. It’s just that if we forget about pushing Drupal forward in order to solve these needs, it’s going to be risky as Drupal may start stagnating.

The Admin UI, of course. The admin UI is actually something that I think is really important for Drupal, I think the current admin UI was great at the moment it started, but it’s been many years since then and it actually needs a refresh. I think a lot of people, especially end-users, are expecting that, so I think it really can have a huge impact.

And it’s also a kind of contribution that can be done by people who aren’t specifically back-end developers, but also front-end developers, designers, project managers … We’ve actually even had some users that were content creators helping with the tests that we did at the beginning.

So, we’ve also had a diverse group of people doing user tests, e.g. people from the usability perspective; I think the project has so many professionals involved and so many skills needed that almost everyone that wants to help is welcome. If you’re interested, you can join the #admin-ui channel on Slack, that’s the place where everything is organized.

I like to get involved with other communities and I try to help others. E.g. I’m trying to organize things for DrupalCon, but if I can, I get involved in other local stuff that can actually help others get improved - for example, I’m trying to organize an event to promote open source among women in Barcelona. So, these kinds of things, where I can actually use my skills to help others, it’s something that I really like, getting involved and helping with organizing things.