Interview with Mario Hernandez of Mediacurrent: Contributing to Drupal through workshops and training

Meet Mario Hernandez, Senior Frontend Developer at Mediacurrent. With over 10 years of experience in Drupal, Mario has seen the CMS evolve significantly throughout the years. Read on to find out more about some of Mediacurrent's most interesting projects and what aspect of his work Mario enjoys the most.

I am a Senior Front End Developer at Mediacurrent and the majority of my contribution to the Drupal community is around conducting training workshops and writing blog posts. In the past I’ve contributed to the Out Of The Box initiative and also helped with the implementation of the Simplify Menu module.

Back in 2007 I was working for the Federal Government in Los Angeles as a developer and was tasked with building an Emergency Preparedness website which would provide access to resources to employees for disaster recovery in the event of a major disaster. I looked and tested several content management systems and ultimately decided on Drupal as it was the one which provided the most flexibility and ability to scale.

I believe after building the website I cited above, I realized the power of Drupal. As a Front End Developer with minimum programming experience, I realized Drupal could do all the heavy lifting for me in the Back-End while I focus on my area of expertise, Front-End. Nowadays and for the past 20+ years I’ve been making a living building Drupal Websites for some of the most well known brands in the world.

First I find out if they are familiar with content management systems at all and tell them Drupal is like one of those but for enterprise level websites. If they know about WordPress or SharePoint I draw some kind of comparison such as being open source or written in PHP. I also share examples of high profile websites built with Drupal. Best example is The Weather Channel website which most people use and I tell them we at Mediacurrent built it. (shameless plug).

I started working with Drupal 6 back in 2007 and it is great to see how far Drupal has come. As a Front-End developer going from PHP templates to Twig was a huge improvement. Mobile first and accessibility have improved drastically from the old days. Other significant improvements are APIs, Layout Builder and Configuration Management. Lastly, the promise of a better upgrade path will be a big win for people building websites as well as site owners when Drupal 9 is released.

Although I have made code contributions to the Drupal ecosystem, my proudest contribution is being able to provide training and technical resources for others to consume. I personally enjoy conducting training workshops at small camps where people are eager to learn. In most cases this contribution is free of charge but it is the most rewarding experience for me personally.

Mediacurrent recently introduced our own Drupal Distribution called Rain, which is an Enterprise Distribution. We have worked and continue to work very hard on providing a turn-key solution for anyone looking to build an enterprise level website. In addition to hand-picked modules and functionality, the Rain distribution provides an optional Decoupled front-end which runs on Gatsby. We are very proud of Rain and are excited to see what people build with it.

We at Mediacurrent are working hard to take our training offerings to a new level. We have great plans for providing custom training for teams and the community and are very excited to make Mediacurrent the go-to agency for training that goes beyond Drupal. 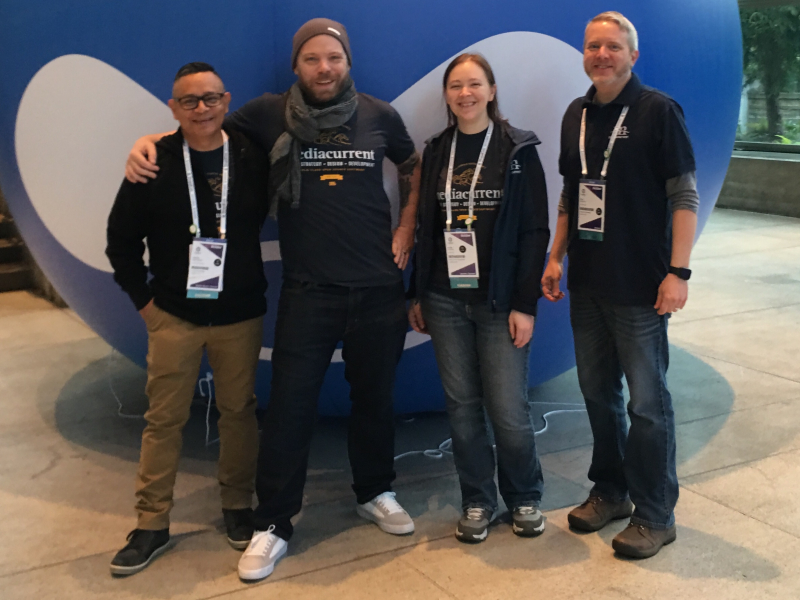