Published by Tim
on 2 June 2020
in Community Drupal 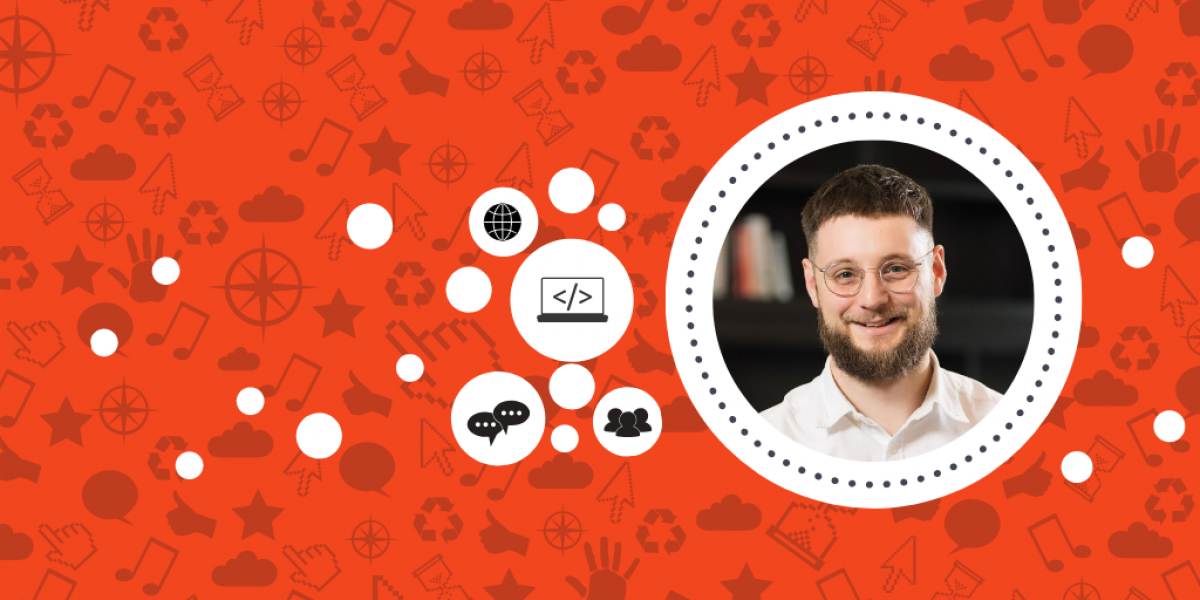 We spoke with Darren Fisher, digital transformation consultant, designer and front-end developer at the UK company Pivale. Read on to find out how Darren transitioned from working in the print industry to web design and development, and what are the things he most loves about Drupal.

I am a digital transformation consultant, a digital designer and a front-end developer who occasionally dips into some back-end development when required. Each year I attend our local DrupalCamp in London and I’ve also attended several European DrupalCons over the years.

I was working as a graphic designer in the print industry and had bounced between a few different jobs but it was obvious that the print industry was in decline and I became more aware on a daily basis that this probably wasn’t going to be a long and successful career.

My brother had been working as a Drupal Developer for around 6 years or so and had started his own Drupal agency and was looking to expand their design and front-end capabilities.

He plucked me from my existing job art-working for holiday brochures and showed me the digital ropes and I’ve been with him ever since. I joined his company two weeks before DrupalCon Amsterdam in 2014 which he took me to and that was my baptism of fire!!

Drupal has allowed me to cross over from the print industry and build professional websites for businesses with very little ramp-up time. I began by simply designing as I always had done in graphics packages such as InDesign, Illustrator and Photoshop and gradually learned site-building and theming.

As the years have passed I’ve become more comfortable with diving into PHP and developing custom modules and doing more complex preprocess work for the front end.

Drupal allowed me to build great websites from the get-go - launching my first client project within months of being introduced and as I’ve expanded my knowledge moving forward it has continued to support my development. Having a solid framework to work in and a good mentor has meant I could produce good quality work whilst growing as a professional.

Drupal is simply a CMS - like WordPress but much more powerful, scalable and customizable and of course more secure. People often know WordPress so that’s the easiest comparison to make. I often describe the features of the CMS aspect of Drupal as that is what most non-technical people will be able to identify with.

Drupal has come on leaps and bounds since I came on board in 2014. Drupal 6 was on its way out and Drupal 7 was at its peak usage with Drupal 8 being merely on the horizon.

I absolutely love Drupal 8 - especially being predominantly a front-end developer as the introduction of the Twig templating language allowed me to do a much better job of producing quality and scalable front ends - especially since the arrival of technology like Pattern Lab.

I’m loving the fact that major content migrations between versions are now a thing of the past with the iterative update path and I can’t wait to upgrade all our clients to Drupal 9 without breaking the bank or indeed my soul!!

I tend not to get too involved in the open-source aspect as I’m usually up to my eyeballs in client work but one way I often try to contribute is by writing blog articles to share discoveries I’ve made whilst working on complex client projects.

I’m excited to see what the results of the front-end initiatives will be for both the new front and back-end themes.

We’re working more and more with Vue.js and that excites us greatly. We’ve built a custom application for a space agency with Vue as well as dashboards for our multisite offering which helps developers see an overall picture of what is happening across multiple websites and we’re also building our new website with Vue.

As Drupal moves closer towards being a decoupled framework I’m excited to see how we can blend these two technologies together!

Like every month, we’ve prepared a recap of some of the top Drupal-related content from the month before. Our recap for August contains some very interesting articles, have a read!
Written by:
Tim

We read a lot of great Drupal content last month, covering a few different topics. Check out our recap of July’s top Drupal blog posts and see which insights we found the most interesting.
Written by:
Tim
© 2013-2020 AGILEDROP Ltd. • Privacy policy • Terms of service
Powered by Drupal