Interview with Taco Potze: Why Drupal was the CMS of choice and what potential open source has

Published by Tim
on 13 February 2019
in Community & Drupal 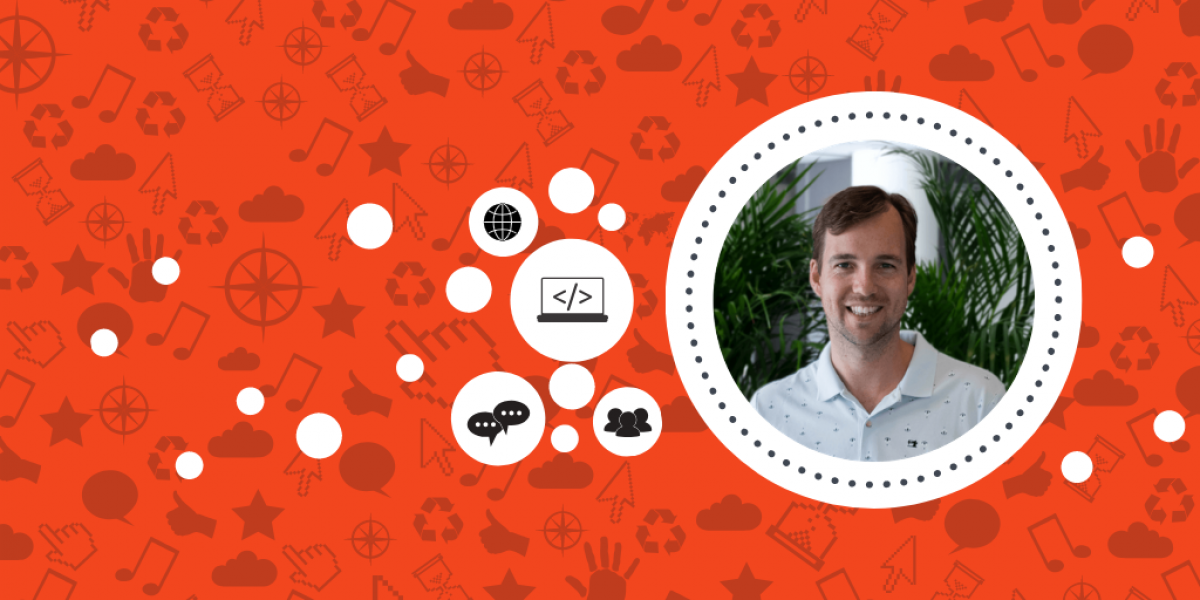 We had a delightful talk with Taco Potze, co-founder of GoalGorilla, Open Social and THX. Taco revealed to us why his team decided for Drupal among the various possible CMS choices and what Drupal initiative they are most excited about. He thinks open source has the potential to balance out the power of tech giants and give people all over the world equal opportunities. Read on to find out more about his projects and his contributions to the community.

My name is Taco Potze, or just Taco usually does it ;). I am the co-Founder of the Drupalshop GoalGorilla and co-Founder of the Open Social and THX projects. I have been on the board of the Dutch Drupal Association for four years and active in organizing various local events such as the DrupalJam. My day to day business focuses on business development for Open Social and getting our latest THX Project up and running. Other than that, I love to travel and take care of our 1-year-old son.

I really started working with Drupal when one of our early clients asked us to build their new website. We were mainly working on online marketing, analytics and UX improvement in those days.

My co-Founder and I have an industrial engineering background, not in coding per se. We searched for an out-of-the-box CMS that was open-source and Drupal made it to our shortlist. The winning reason for doing the project with Drupal 6 was the multi-language capabilities. The project had to be done in English and Chinese. Adding Chinese menus, blocks and content to the websites gives me now, over 10 years later, still nightmares sometimes ;).

Jaap Jan Koster and I, now our VP of product, got the project done over summer within time and budget and ended up with a very happy client. That triggered us to offer more web development services and soon we were doing lots of projects. We used a variety of open-source CMSs until in 2010 we decided to do projects only in Drupal.

For us Drupal provided the best framework to do challenging projects and working with only one CMS meant we could really become experts. The early years did not include many Drupal projects, I have to admit. We did not fully understand how important contributions (on all levels) are and lacked some of the skills to make worthwhile contributions. This changed over time when we started contributing modules back and became mature with the Open Social distribution where we have invested 10,000s of hours.

One of the best aspects of the community is the Dutch Drupal Community. We have excellent thought leaders such as Bert Boerland and Baris Wanschers that relentlessly push the Drupal community forward.

We’ve had many successful events such as the DrupalJam, Frontend United and Splash Awards. There are informal meetings with developers or members of the board, and cooperation exists in distribution projects such as Dimpact WIM or DVG. Instead of competing with negative sentiment, we are competing but also working together to push our projects and companies forward.

A while ago, I even helped pitch an Open Social project for another Drupal agency (which we won). When I tell other companies about this ecosystem, at times they are skeptical and think that I am overselling or that we don't really compete or cooperate. However, with over 10 years of experience as a community, we have proven we can. The community is growing, Drupal is still winning market share, and companies are flourishing. I think this has made a profound impact on me as an entrepreneur.

It depends who you are talking to. At a birthday party, you might want to simplify more than when talking to a potential client that hasn't heard of Drupal yet. I always amplify the message that it's a huge global community all working on the same IT project contributing code, sharing information and meeting at events all around the world.

I might share some of my worries about the power of big tech companies (Facebook tends to be a good example) and how we are trying to balance the scale by being completely open and transparent. I love sharing the idea that work we have done on Open Social gives people all around the world, say in developing countries, the same opportunities to organize and engage and drive their missions as companies with larger budgets.

For me working on open-source is a principled choice. Drupal is one of the projects where the importance of the open-source comes first. If I can make somebody aware of that and the choice they might have in that one day, then it was a good conversation.

These next few questions about Drupal I answered with the help from my team.

Our team sees Drupal evolving into an API-first platform, something we definitely applaud when looking at the possibilities out there that are related to this innovation (e.g. Internet of Things). We see Drupal being more open to integrations with other systems so we can provide an amazing cross-channel user experience.

Our team works hard to contribute back to the Drupal distribution. It’s actually hard to pick which contributions we are most proud of since every single one of them is something to be proud of.

However, the contributions we would highlight are all the commits done to Open Social. The fact that we are able to provide a ready solution for everybody to use is very motivating, especially since we can work together with developers from the community who help to make our distribution even better!

Drupal has many initiatives that we look forward to. One of our developers, Ronald, especially highlighted the Layout Builder:

“I’m really looking forward to using the Layout Builder. We have always struggled with creating a good solution for custom one-off pages with unstructured content, which would provide a lot of flexibility for content managers using Drupal. I think this initiative will produce the “wow factor” to our users and give us the ease of mind by not needing to create difficult custom solutions.” - Ronald te Brake

Blockchain technology has been a passion for a while and we are making great steps adding this exciting technology as part of Open Social and beyond with our THX Project. It's important to be able to improve engagement in social communities.

With THX you can reward your users for valuable actions they take. For example, filling out their profile, adding content, adding code and patches for a community such as Drupal and much more. It also helps transferring reputation from one community to the next and gives a model to measure the value of online communities. If you are interested, we have written a white paper and various blogs on the matter and will publicize more information on the project and our DAICO in the upcoming months.