Published by Ana
on 10 September 2018
in Drupal 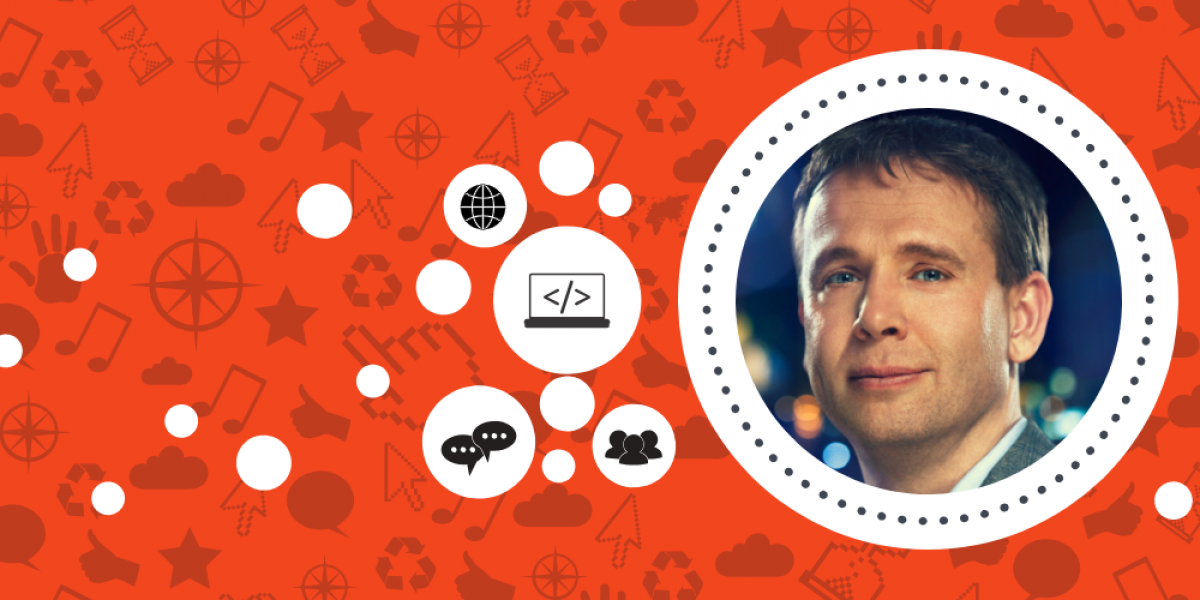 This week we talked with Michel van Velde. Read about what his company has achieved during one of the worst economic crisis in decades, what are his biggest contributions to Drupal community, and what his next personal project will be (a hint: it will involve drones).

Michel van Velde, a proud father of two children, a daughter age 10 and son age 12. Happily married to my wife Elles with whom I travelled the world before we got married nearly 15 years ago. I am the CEO and a Founder of One Shoe, the first creative and digital agency in the Netherlands that adopted Drupal 12,5 year ago. I am a creative and my background is a marketing. I help clients with their brand and digital strategy. I joined the Drupal Association Board earlier this year and help the DA with Governance and the Marketing initiative. I am also helping the DA with setting up local associations in various countries and write press releases for Drupal.

It was a companion Floris Derksen who did research in 2006 on the available CMS-es on the market. We needed a CMS to work with for our newborn agency at the time. He stumbled upon Drupal and saw the great potential the platform had. We believed in the vision of Dries and Drupal. He started working on the platform from a coding perspective, and I started building the Dutch Drupal community by organizing and promoting events like the DrupalJam. The people I met became friends and that’s why I am still part of this great community!

I can tell a thousand stories of what happened last 12,5 years. Drupal has propelled our business, and I am still proud that because of the great work we realised with Drupal, we grew so fast amidst one of the worst economic crisis in decades, we still ended up number 25th in the Deloitte Fast 50 and 170th place in the EMEA 500, the fastest growing companies in the Netherlands and Europe. We have created quite a bit of impact with our projects. For example one of our recent projects, NHG Thuisarts.nl (Doctor / General Practitioner at Home) is made with Drupal and is consulted by over 2 million people each month. It also lowered the number of GP visits by 12%. That’s the biggest saving in healthcare orchestrated by a website in the Netherlands.

Drupal will remain a leader in open source content management. Drupal is positioning itself as a platform for ambitious projects which, in my personal opinion, means the larger enterprise projects. I hope the Drupal community will focus more on the integration of marketing tooling that larger organisations require to target their audience with personalized content.

Well, I have been active for over 12 years and done a lot for the community. I am proud of setting up the Dutch Drupal community, introduced the Drupalcafe which are now being organized around the world, helped set up the Dutch and German Drupal Business foundations, co-organized the Drupal CEO survey which gives valuable insights, and co-organize the infamous CEO dinners during Drupalcon and Drupal Europe.

I love technology, creativity and travelling the globe to places few people go to. I recently bought a professional drone which enables me to be creative in many ways. I am currently experimenting with various filming techniques and hope to make the ultimate Drone movie one day and publish it on Vimeo or Youtube.

This time we spoke with Kanopi Studios' awesome CEO Anne Stefanyk, covering everything from her first getting to know the Drupal community to Kanopi's exciting projects and community involvement all through to Anne's love of treehouses.
Written by:
Tim
© 2013-2020 AGILEDROP Ltd. • Privacy policy • Terms of service
Powered by Drupal