Proliferation of digital experience frameworks & where it’s leading us

With digital technologies and consequently user needs constantly changing, more and more specialized frameworks for creating digital experiences are popping up. This is driven both by easy access to technologies and their communities as well as by people becoming increasingly versed in using digital and navigating in the digital sphere.

In this article, we’ll be taking a closer look at this framework proliferation. We’ll explore some of the most common types, then look at the main factors before finishing with a look into a possible future for these frameworks.

What frameworks are we talking about?

The first and foremost group of frameworks that we need to mention are front-end frameworks/libraries. The vast majority of these are JavaScript-based, with the big three being React, Vue and Angular (this latter one is actually TypeScript-based) which have held this position for quite some time.

More recently, however, we’ve also been seeing smaller, more lightweight and/or more specialized frameworks, such as Svelte and Alpine.js, both of which have become extremely popular in the past couple of years.

In the same realm are also static site generators (SSGs), which leverage server-side rendering to produce super-fast static sites. Gatsby is the dominant one for React, but Next.js is now also gaining popularity; last year, even Angular got its own dedicated SSG, Scully.

To accommodate these front-end frameworks, more and more content management systems are prioritizing decoupled / API-first approaches, with some CMSs specializing in this (e.g. Contentful) and some excelling in both monolithical or decoupled settings (e.g. Drupal).

Another group of frameworks is also becoming key for creating experiences tailored to the current digitalized, data-driven landscape: machine learning frameworks, one of the best-known examples of which is TensorFlow. They facilitate the development of machine learning models, which are already heavily used across all industries.

The most notable group of frameworks which has arisen in the past years have to be low-code / no-code website building tools. The Covid crisis no doubt played a huge role in this, as traditional businesses without adequate development capacities were now forced to establish and maintain a customer-focused digital presence.

The obvious solution for this problem has proved to be leveraging low-code / no-code technologies, which were already gaining traction before Covid but have exploded since the start of 2020.

By now, pretty much everybody has at least heard of Wix and Squarespace, but there are also a plethora of smaller, lesser-known and more specialized frameworks, such as Zeroqode, the forms platform Tally and SIB Visions’ VisionX.

A lot of proprietary content management systems are now introducing and leveraging more of such tools into their product offerings, marking a steady transition from a more traditional simple CMS to a more holistic DXP - digital experience platform.

Elements of the framework proliferation 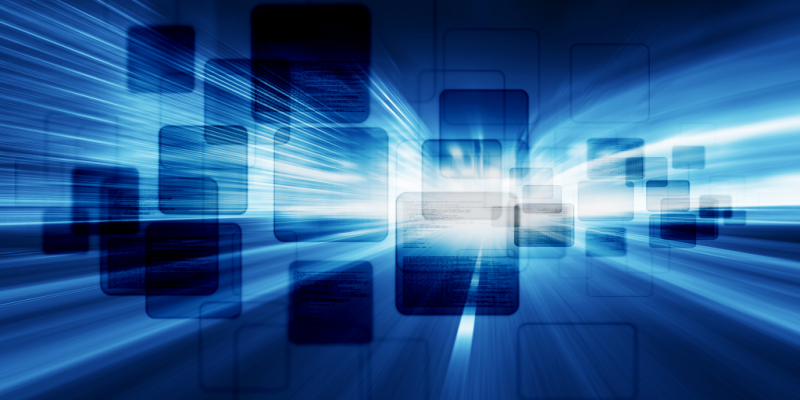 In this section, we’ll focus on the key factors that either drive or result from this framework proliferation.

This is the most obvious and straightforward one - without technological innovation, innovation in the realm of digital frameworks would likewise not be possible.

We’ve already touched upon this one previously: not only have customer habits been evolving pre-2020, they have and are continuing to transform ever more drastically throughout the crisis.

The just discussed innovation in technology has majorly contributed to this by making the digital ubiquitous, and access to it as well as usage of it both very straightforward. Companies have by now majorly accustomed themselves to this digitalization, and individuals have also gotten used to the digital ways of living.

From shopping to connecting with loved ones, people across pretty much all generations are now doing everything online. Even those least technically adept have become at least somewhat digital-savvy and, as such, they now expect different things from digital experiences, with these expectations themselves rapidly changing.

One of the major changes in customers’ habits has been the usage of more and more different channels - whether those be devices (e.g. from desktop computers to laptops, smartphones, tablets, etc.) or platforms (e.g. various social media platforms, mobile apps, etc.).

The plethora of frameworks emerging are also in part due to this channel proliferation. More advanced digital experiences naturally require more and more specialized tools for creating and managing them.

For a long time, the experiences of developers and marketers have been hugely at odds with each other. Advancements focused towards one of the two have regularly been superseded by advancements in the other; only recently have there been more attempts at reconciliation between the two opposing sides.

Of course, the very developer-oriented frameworks are still primarily driven by optimizations in developer experience, and since these are the ones moving the fastest, much of the focus right now is on streamlining DX.

However, attempts are being made at finding a better balance between these two distinct user types and better unifying their experience in the omnichannel landscape.

The key first step here, in particular when it comes to CMSs and site building tools, is providing either WYSIWYG functionality with real-time preview, or at the very least preview options for the different channels.

On the user/customer side, one of the most important drivers is the need for speed - users have gotten used to well performing websites and apps, and now expect this from all digital experiences they encounter. This means they not only want fast loading times, but also a high degree of responsiveness/interactivity.

It’s well known that more code demands more time for loading that code, and so recently emerging frameworks have been focused on being smaller, more lightweight - Vue and Svelte (literally meaning “slim”), for example, both have a reputation for being extremely lightweight and thus producing particularly fast-functioning applications.

Speed and performance represent a significant competitive advantage, so it only makes sense that brands would opt for technologies that can produce the fastest performing experiences in order to stand out in such a competitive environment.

Perhaps the most interesting feature of this proliferation of new frameworks is the high degree of innovation that’s fueled by the competition between them. It’s very simple, really: the more competitors that try to outcompete each other, the more innovative they’ll all have to be in order to succeed at doing so.

What’s more, when it comes to open-source projects, newcomers have the upper hand by being able to build and improve upon existing work - Vue is an excellent example of this, as a response to both Angular and React.

On the other hand, however, such new contenders are disadvantaged by their lack of adoption and legacy support - meaning that a fresher, more optimized new framework will not automatically replace an already dominant one.

In a sense, it’s precisely this drive to outcompete existing frameworks that spurs the creation (as well as further optimization) of so many new ones. Their mutual innovation serves to keep one another in check and guarantee that innovation continues, driving both existing ones and newcomers to keep striving to improve.

This continued competition-driven innovation is thus at the same time both a driver and a consequence of the more general digitalization and technological innovation.

What can we expect going forward?

This last point was a perfect segue into the final topic of this article: where is this proliferation of frameworks leading us?

Given that we’re still only at the cusp of digitalization, and more and more digitally-enabled cases and needs are popping up, it’s unlikely that new frameworks will stop emerging any time soon.

However, this fast pace of proliferation can’t go on forever and is likely to slow down as certain cases and technologies gain their footing and become more properly established.

A framework for every use case?

It’s unlikely that we’ll have a specific framework for every single use case. That would make little sense as it would require too many different skill sets and would hence not be very scalable. And, even if this were to happen - which one(s) would be deemed the “standard”?

Most likely the current proliferation is part of a transition period and there will be certain frameworks that come out on top, often (but not always) tailored to specific cases and/or industries.

Brands will use them in combination with one another as they’re already doing, but we’ll probably see a rise of (micro)services approaches and, especially when it comes to larger brands, usage of different frameworks for different subdomains and experiences, whether those be on existing, emerging or completely new channels.

Of course this also means that certain ones will get sidelined and die out as their competitors gain more and more traction (such as Ember which fell out of favor due to React/Angular), resulting in only a handful of the dominant frameworks in each domain.

The key priorities in driving this forward and establishing the winners will be:

Likewise, we’ve already discussed the importance of speed/performance in this framework innovation, so we won’t reiterate too much on it. Speed is the name of the game, where milliseconds can often decide between customer churn and retention. The frameworks that perform fastest without sacrificing functionality will definitely come out on top.

Integration will be essential in ensuring that all the different components of a particular tech stack work well together. We’ve highlighted multi/omnichannel experiences as an integral part of framework innovation and these will not be possible without advanced integrations enabled by well thought out and implemented APIs. It’s no wonder that legacy platforms such as Drupal are focusing on future readiness by becoming more API-focused.

Finally, robust data management will play an increasingly vital role as more and more systems become data-driven. Features and tools enabling the best collection, analysis and use of data will be widely leveraged, either as standalone frameworks or parts of more complete frameworks/platforms. For these, integration will be particularly important in order for businesses and organizations to make the best possible use of their data.

It’ll be interesting to follow this framework explosion and observe how things unfold. We’ll definitely be exploring and posting about its features more, so, make sure to stay tuned if you’re interested. In the meantime, have a look at some related articles listed below.