Today we caught up with Tina, one of our web developers here, to get some info about her involvement in UNESCO's World Radio Day website project, which AGILEDROP completed in February and can be viewed at http://www.diamundialradio.org

Tell me a bit about your role at AGILEDROP...

I'm a front end developer here, I mostly work with standard web technologies, with a bit of Drupal site-building as well. CSS, Javascript, that's what I do more than anything else. 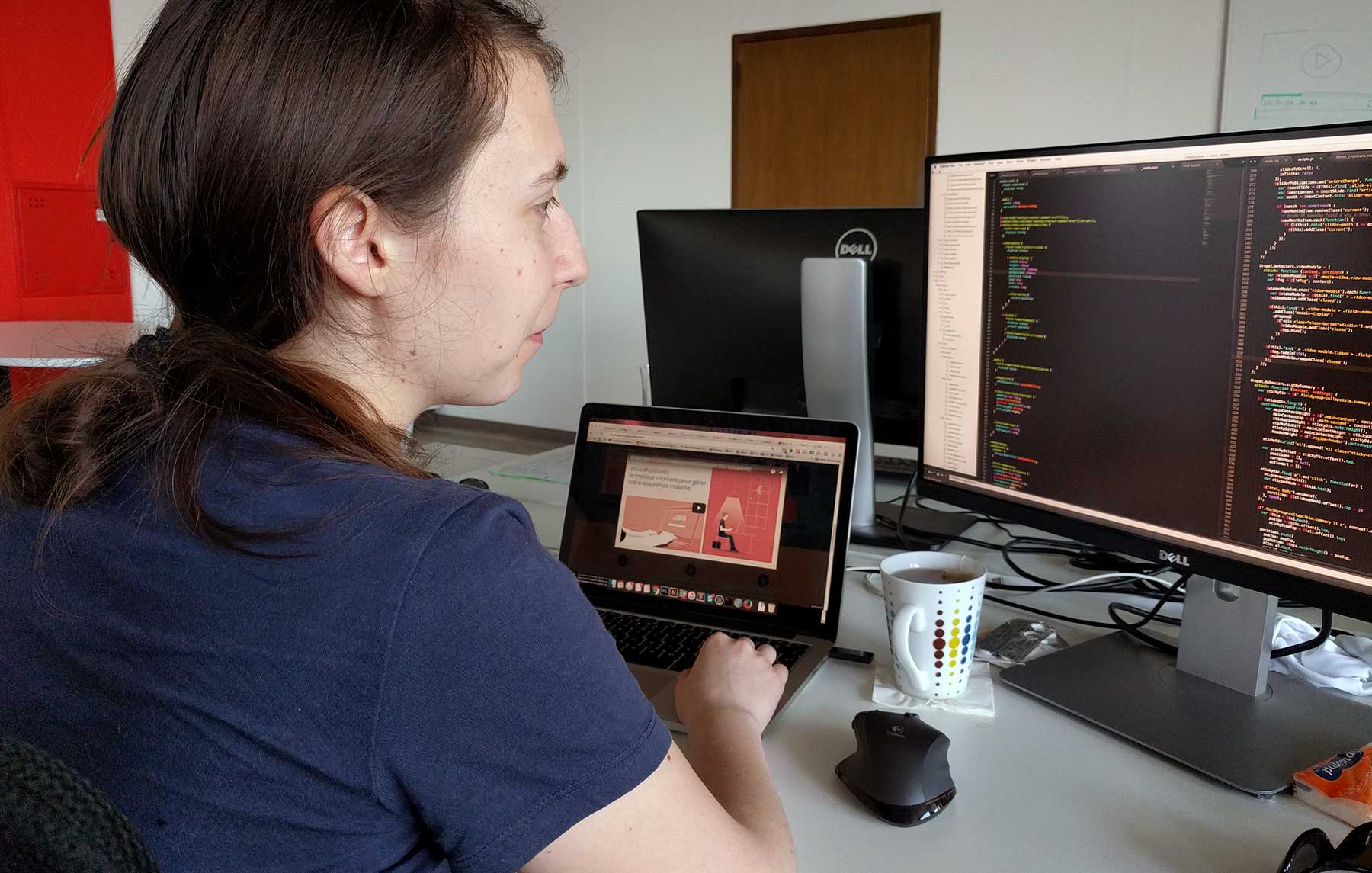 Are you familiar yet with Drupal 8?

Yes, I am, and I'm enjoying it quite a lot. I'm currently working on my third Drupal 8 project; it's really nice to work with compared to Drupal 7.

What are some of the benefits of Drupal 8?

Drupal 8 includes some core modules that were not included in Drupal 7, meaning that there's much more functionality with Drupal 8 right out of the box... Views, CKEditor, to name just two which make life much easier, there's now no need to install extra modules. For someone starting out with web development, Drupal 8 is a dream.

Can you tell us about any particular website you've built with Drupal 8?

UNESCO's World Radio Day 2016; I worked on it for approximately 2 months. This was not some sort of update to an existing site, it was built by us from the ground up... everything from wireframes to site-building etc. I can't take full credit for all aspects, of course... Domen, our project manager, and Žan, a fellow web developer, helped out with wireframes and designs.

What is the purpose of World Radio Day?

Radio stations come to the site to register and inform visitors about events taking place all over the world. The site needs to be easily accessible by everyone. The fundamental principle of World Radio Day is to celebrate the importance, and influence, of radio throughout our history.

You mentioned that the client is UNESCO? What were the requirements in building the site?

Yes, the client is UNESCO and we've already worked with them on several projects. The World Radio Day site had to be available in six languages, one of which required displaying right-to-left content; they wanted the option for radio stations and event organizers to register on the site; they wanted the ability for the organizers to post resources -- photos for example; there were five themes, every theme served a different purpose, one of which was that visitors could listen to live UNESCO radio and featured stations.

What modules were used to incorporate these features?

I used Pathauto for generating clean, sensible urls; Geolocation with address for events so that you could enter a physical address and it would pinpoint the location on a map; I borrowed a module that a co-worker developed for a previous project -- for easily placing markers on a map; I also used Captcha for preventing robots from submitting fake events or spam content in general; Google Analytics was added for internal purposes, and a bunch of other modules that are more specific to site administrators... not something visitors would actually see and use.

The World Radio Day website looks very nice. What kind of feedback did you get from the client?

They liked it very much, they were super-happy with it in fact. The event began on a Friday and expectations were high for a lot of online activity throughout the weekend... the site had a huge number of page views per hour, and it performed admirably. I was actually on-call during that weekend, to handle any problems that might occur, but the time passed without any issues to tend to.

What did you learn from this project?

I learned a lot more about Drupal 8, it was my second Drupal 8 project but I used some modules for the first time, so I gained a lot of important knowledge just from that... the geolocation functions especially were educational for me. It involved a bit of custom Javascript... when entering a physical address, the Javascript places a marker on the map once the coordinates are determined. All in all, as with any project, you gain something which helps you to advance your skills to a higher level.