The last month of summer treated us to a whole bunch of great Drupal-related articles. Here are some of our top picks.

We’re kicking off this month’s selection with an article that’s more broadly about open source rather than specifically about Drupal, in which John Picozzi talks about non-code contributions to open-source projects. The article is a recap of John’s session from the recent DrupalCon NA, a video of which is also included in the article.

John stresses the importance of non-code contributions in addition to contributing code. He discusses how contribution to Drupal has evolved over the years, what drives community members to contribute, and how they can address common hesitations of early contributors and get involved in their open-source project of choice.

The next article is a guide on how to generate custom menu links through the use of menu derivers, coming from Philip Norton on his blog on #! code. In the first half of the article, he shows the steps needed to set up a menu deriver class to add links to corresponding nodes.

With this menu deriver, you’re able to create a category menu system based on a list of taxonomy terms from a vocabulary. Philip also shows how to trigger the rebuilding of the menu in case of caching issues, then finishes with a list of possible link properties and some common examples of menu derivers.

The third article on our August selection comes from CIVIC and deals with using Drupal’s Responsive Images module to adjust the size of images based on the screen size of the device it’s viewed on, and thus improve the experience of users browsing the website.

To make images responsive, you first need to set up breakpoints, create an image style for each breakpoint, then make the images styles responsive using the Responsive Images module. Also, if you prefer, you’re able to manage images and make them responsive through Media.

Moving on, we have a post by Clayton Dewey of DevCollaborative about the new release of the Maxlength Module of which they became maintainers in 2021. Maxlength 2.0 is now the first stable release for Drupal versions 8 and beyond.

One of the biggest updates is a more intuitive, user-friendly configuration experience. Other improvements include a rewrite of the help page, character miscount fixes, a fix of the soft limit for plain text fields bug, and more.

Clayton also includes a section on the different options for updating from the older version of Maxlength, and finishes with a thank you to all community members that have worked on the module and some next steps for it.

Read more about the Maxlength module

Drupal: cache tags for all, regardless your backend

In the next article, Matt Glaman writes about the frequent issues with cache invalidation and how they are addressed in Drupal. Since Drupal 8, this has been done through the Cache API with cache tags.

Matt first explains what cache tags are, or rather, how they are different from cache identifiers, before providing more information about PSR-6/PSR-16 caching standards and how different technologies handle caching.

In the final sections of his article, he dives into the specifics of how Drupal emulates cache tags and gives a more concrete example of how cache metadata can be used to only invalidate the relevant page caches of a dependent object which has been modified.

Where’s Your Head? The Case For (and Against) Headless CMS

We continue with an article about headless content management systems by Suzanne Dergacheva of Evolving Web. She starts off by explaining what it is before breaking down the key benefits of a decoupled architecture: speed, scalability, and security.

She also takes a look at the other side of the argument by addressing the disadvantages of going headless and cases where it might be best to stick with a traditional architecture.

The best of both worlds, as Suzanne highlights, could be using a hybrid / progressively decoupled architecture, with a content-as-a-service API. Thanks to its API-first approach, Drupal is able to cater both to a fully decoupled or a hybrid architecture.

Another interesting article comes from Manuela Meier and Sandra Mehler Baier of Cocomore who describe their experience with using the Drupal-based learning management system Opigno.

As an modern-day LMS, Opigno revolutionizes the e-learning experience and was thus a perfect fit for Cocomore’s client the German Multiple Sclerosis Society (DMSG) who wanted to upgrade their platform MS Connect for people affected by multiple sclerosis.

The open-source platform prioritizes customizability and a great user experience, allowing the DMSG to provide a wide range of interactive online courses, as well as other features such as live meetings, an internal messaging tool, etc. which allow for collaborative experiences.

Last but not least, we have a cool article by Mike Herchel showcasing an upcoming feature of Drupal 10, Views Responsive Grids, which provides a very user-friendly interface using modern CSS features for easily creating responsive grids.

In addition to including the CSS code, Mike also lets us in on the history of this feature, from Drupal’s old approach to creating grids to how the dropping of support for IE11 has made it possible for this to now be featured in Core.

He includes a preview of the grid by Tugboat, showcasing the super smooth transitions as the size of the viewport changes, and promising more at DrupalCon Prague – which is just around the corner. 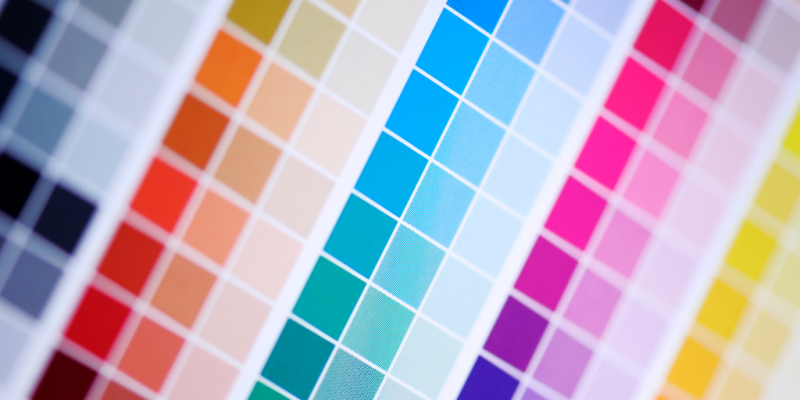 This concludes our recap of the top August articles. Stay tuned for more Drupal-related news and content coming soon!